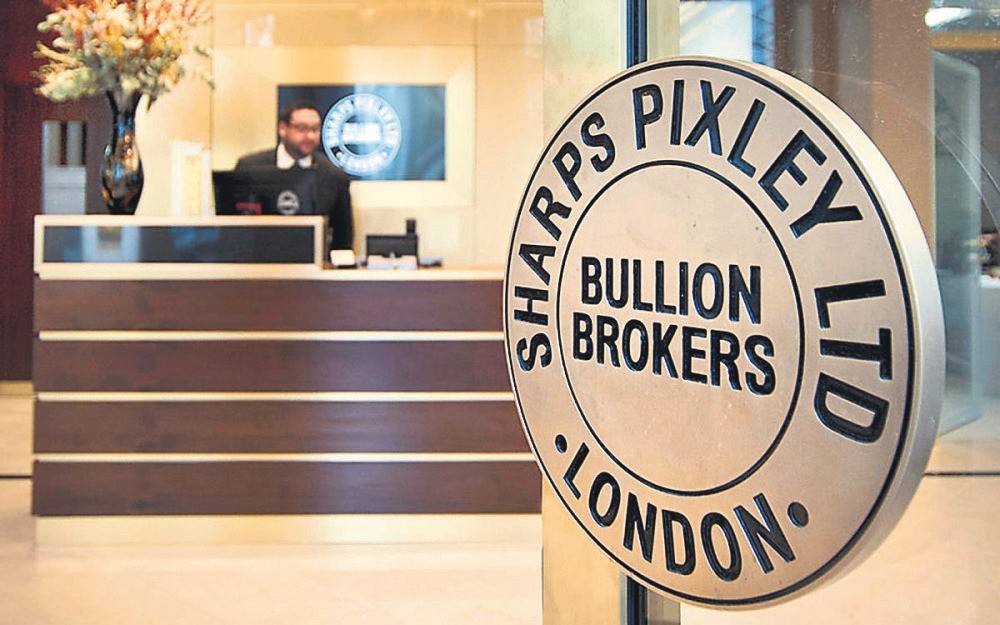 As support for the British exit from the EU gains strength, people have already started looking for safe haven such as in the case of Sharps-Pixley gold showroom in London where demand for coins and gold bars is up

At Sharps Pixley, a gold showroom in London's smart Mayfair district, demand for bullion bars and coins is rising, with men and women of all ages buying up the safe-haven metal in case of a British exit from the European Union.

Shoppers can walk out of the sleek St James's Street showroom carrying their gold investments, or leave them in the rows of safety deposit boxes that line the walls. Sales have picked up since the latest polls suggested that the 'leave' campaign is gaining support, with online polls by ICM and YouGov showing at the weekend it had taken a 4-5 percentage point lead ahead of the June 23 referendum.

"It seems to have sunk into people's consciousness that Brexit is a real possibility now. All stocks are being bought out in advance of even being shipped," Ross Norman, chief executive of Sharps Pixley said, noting that demand for Britannia coins, which as legal currency are exempt from capital gains tax, had been particularly strong. "We had a preconception of who the typical gold buyer was, which is male, mature and over 45. The mix of people coming through has completely rebuffed that idea -- they're often much younger, often female."

ATS Bullion, nearby on London's Strand, has also reported a 5-10 percent rise in sales while online gold dealing platform BullionVault.com, whose customers are largely private investors, said the UK is outstripping other regions in terms of demand growth this month.

Growth in its UK customer base has been 59 percent higher in June than the average of the last 12 months, it said, compared to 5 percent higher in the other nine of its top 10 markets. "Though interest in gold is markedly higher this year everywhere, in the UK it is significantly ahead. We can only attribute that to Brexit," head of research Adrian Ash said.

UK gold dealer The Pure Gold Company said it had seen a 19 percent increase in enquiries to buy gold bars over the weekend, compared to last week. Those looking to hedge against Brexit risk with gold can choose from a range of small investment products, from 1 gram bars for less than 50 pounds to kilobars priced at more than 28,000 pounds, bought over the counter or online.

Bullion merchants Baird & Co attributed higher demand for gold this year to wider concerns about the economy rather than worries about Brexit. But that would change if the 'leave' vote prevails, it said. "People are concerned, but they're waiting for the result of the poll," Baird executive director Tony Dobra said. "I suspect that if there is a Brexit result, 24 June will be a very busy day."

Interest in gold has surged this year largely due to a reappraisal of the pace of U.S. interest rate rises, making it hard to pinpoint the impact of concerns about Brexit on prices. The biggest quarterly rally in nearly 30 years at the beginning of the year marked a turnaround in a three-year price slide for gold. Sterling-denominated gold rose back above 900 pounds an ounce in March and remains up 18 percent this year.

A 'leave' vote would likely push it higher still. A Reuters poll of forex strategists indicated last week that the pound would sink 9 percent against the dollar if Britain quit the EU, boosting the price of gold in sterling terms.

Mark O'Byrne, director of Dublin-based gold dealer Goldcore, said the price bounce had already driven a significant demand increase this year, with broader geopolitical concerns also feeding into the rise. "In the coming weeks, we're expecting to be busy," he said. "The recent polls (on Brexit) are going to create more jitters... that should lead to quite robust demand as we run into polling day."