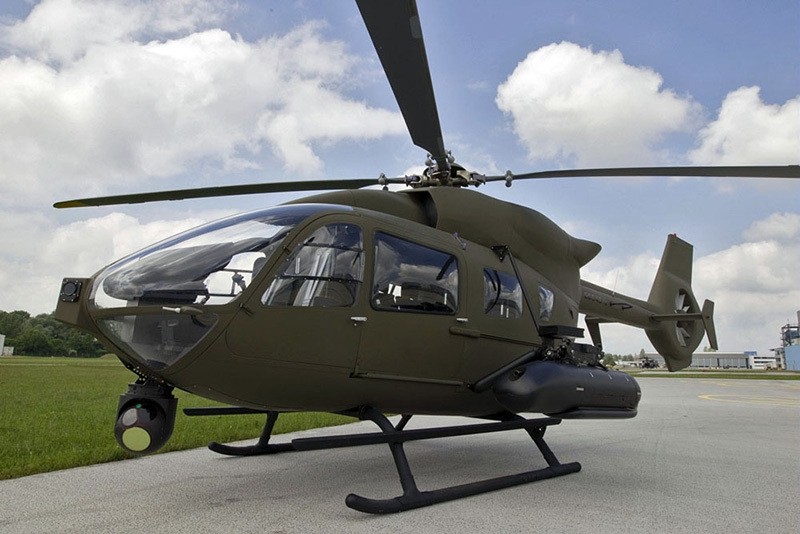 Turkish defense contractor Roketsan signed a deal with Airbus Helicopters on Wednesday at the Eurosatory 2016 defense exhibition held in Paris.

According to the deal signed by Roketsan Board Chairman Emin Alpman and Olivier Michalon, the Turkish contractor will provide its Cirit series laser guided missiles to be used for the H135 and H145 series of helicopters.

The Cirit series missiles carry a special warhead and were designed to fill the operational gap between low cost, low precision and non-guided missiles and high cost, guided anti-tank missiles.

Cirit missiles have the longest range in its class, and they are among the main arms carried by T-129 ATAK and AH-1W Super Cobra helicopters produced by Turkish Aerospace Industries (TAI).