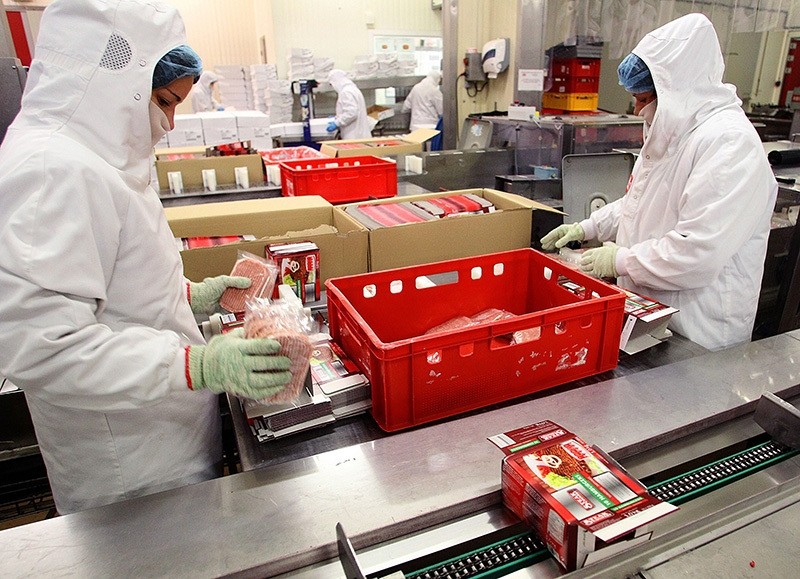 A grocery market in the U.S. city of Newark with links to Gülen Movement has been fraudulently labeling their products “Halal” when, in fact, they were buying them from G & M Co.

A recent major recall by a U.S. beef company for E. coli bacteria has revealed that a Gülen-linked grocery market has been fraudulently labeling their meat products 'Halal', whereas they were buying them from the Newark-based establishment.

The G & M Company has recently recalled more than 1,588 kilograms (3,500 pounds) of beef that may be contaminated with the potentially deadly E. coli bacteria.

The recalled bulk beef cuts and trimmings items were distributed locally to various retail locations in the state of New Jersey, among which is the Nizam Grocery Market (known to have close ties with the Gülen Movement), according to a news report published on June 17 by the local website of NJ.com.

The report said, the beef products -- potentially contaminated with the E. coli bacteria -- were packaged between June 8 and 10, before being shipped to the Nizam market.

E. coli is among a vast array of bacteria that live in the human gut and which cause no problems. But some strains can cause serious symptoms and even be life-threatening, and are spread by oral contact with fecal matter.

There have been no confirmed reports of any illnesses linked to the beef, but the Food Safety and Inspection Service (FSIS) and the company are concerned that some product may be frozen and in consumers' freezers.

The Gülen Movement, led by US-based controversial imam Fethullah Gülen, is considered to be a national security threat by Turkey. It is accused of wiretapping thousands of people, including Turkish government officials, encrypting phones and allegedly infiltrating state institutions, including the judiciary and security forces, with the aim of overthrowing the government.

The seventy-four-year-old Fethullah Gülen, who currently resides in Saylorsburg, Pennsylvania, has denied charges in trials where he faces a life sentence for coup attempts and other crimes, but refuses to testify in court in Turkey. Ankara seeks his extradition from NATO ally the United States, but the process is expected to be dragged down by the complicated bureaucracy involving extradition.