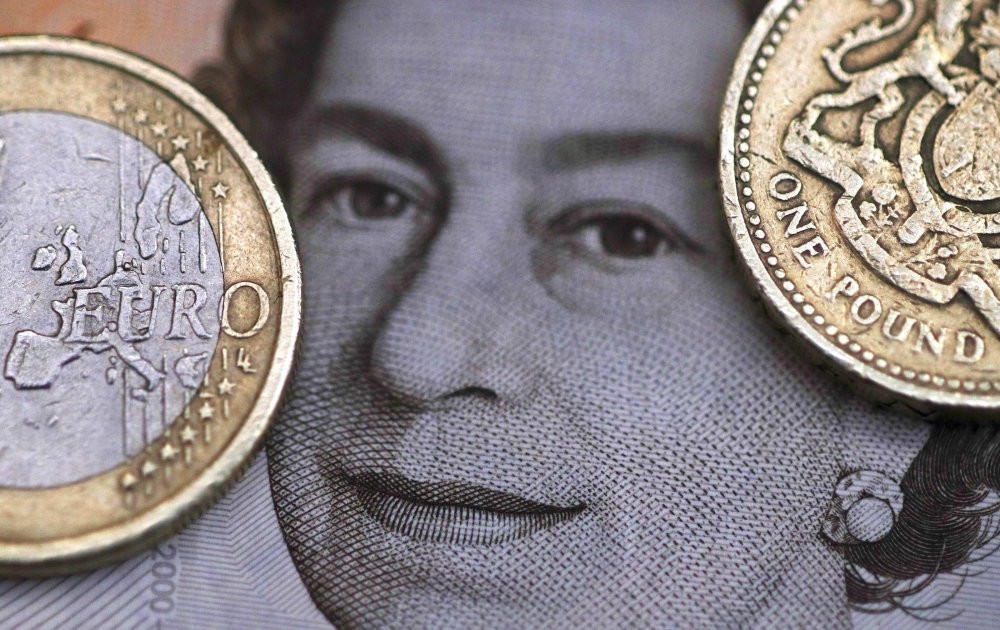 As opinion polls and markets find Britons voting to remain in the European Union more likely, investor appetite for risk is up now with less uncertainty, which has led safe haven yen to fall while sterling gains value

Sterling rallied on Monday as opinion polls swung in favour of British voters opting to remain in the European Union at this week's referendum, underpinning risk sentiment and sending the perceived safe-haven yen tumbling. The pound climbed 1.4 percent to $1.4560 after rising as high as $1.4625 earlier, extending a recovery from last Thursday's more than two-month trough of $1.4013.

Investors took heart after three of six opinion polls published over the weekend showed a shift towards keeping Britain in the EU, but the June 23 vote still looked too close to call. "The poll findings will resonate today, likely seeing further advances for sterling, some renewed weakening in the yen and a firmer Australian dollar," said Ray Attrill, global co-head of FX strategy at National Australia Bank.

Even before the latest polls, data from the Commodity Futures Trading Commission released on Friday showed that currency speculators reduced their net short positions against sterling in the latest week, from a three-year high in the previous week. The pound still declined by around 3 percent against the dollar during the June 7-14 timeframe. Indicating a general pick-up in risk appetite, U.S. stock futures rose 1.1 percent, suggesting a positive open on Wall Street later in the day. MSCI's broadest index of Asia-Pacific shares outside Japan gained 1.4 percent, and Japan's Nikkei stock index soared 2.3 percent. As a result, the yen dipped across the board - a move that may help ease some worries about the currency's strength.

On Friday, Finance Minister Taro Aso said he was deeply concerned about "one-sided, rapid and speculative" currency moves and would respond urgently if needed - a hint at possible yen-selling market intervention. But some analysts warned there is little conviction in markets and moves could easily reverse if sentiment turned negative. "I don't think these moves are sustainable because nobody can forecast what will happen," said Masashi Murata, senior currency strategist at Brown Brothers Harriman in Tokyo.

Last week's murder of pro-EU lawmaker Jo Cox appears to have tipped some polls toward the "Remain" camp, though earlier polls showed the electorate is narrowly divided. "Jo Cox's death might have been some kind of a game-changer, but maybe not. I think speculators will continue, selling the pound and buying yen, based on polls," he said. "This is a just a rebound today, and not based on any fundamentals."

Earlier on Monday, Japanese trade data showed that the country's exports fell at the fastest pace in four months in May on supply chain disruptions from the Kumamoto earthquake and slow growth in emerging markets. The International Monetary Fund on Monday said the recent yen appreciation would be a drag on Japan's exports. It urged the government to move income policies and labour market reform to the forefront, supported by more monetary and fiscal stimulus. The dollar climbed 0.5 percent to 104.66 yen, moving away from Thursday's nearly two-year low of 103.55 hit after the Bank of Japan held policy steady and disappointed investors hoping for more stimulus.

But looming over the euro's upside, Germany's constitutional court will rule on Tuesday on the emergency bond-buying plan devised by the European Central Bank during the financial crisis.

While an outright rejection of the programme is viewed as unlikely after a largely favourable verdict by the European Court of Justice last year, the court could potentially upset the ECB's current money-printing programme and lead to market turmoil.

The Australian dollar, usually sold off in times of heightened risk aversion, gained 0.7 percent to $0.7446. It rose 1.2 percent on the yen to 77.93. Ahead of the Brexit vote, Federal Reserve Chair Janet Yellen will appear before lawmakers in the U.S. House of Representatives on Wednesday to discuss monetary policy and the state of the economy.
RELATED TOPICS