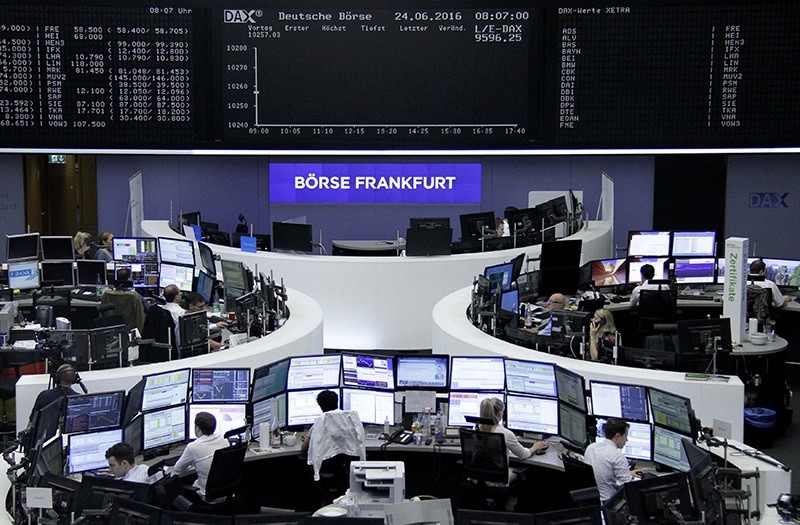 Germany's DAX index and Britain's FTSE 100 have plummeted in response to the announcement that Britain is leaving the European Union.

The main index of the London stock market, the FTSE 100, dropped by 10 percent after opening with a 8 percent fall.

Both indexes had gained in recent days on hopes that Britain would vote to remain a member state.