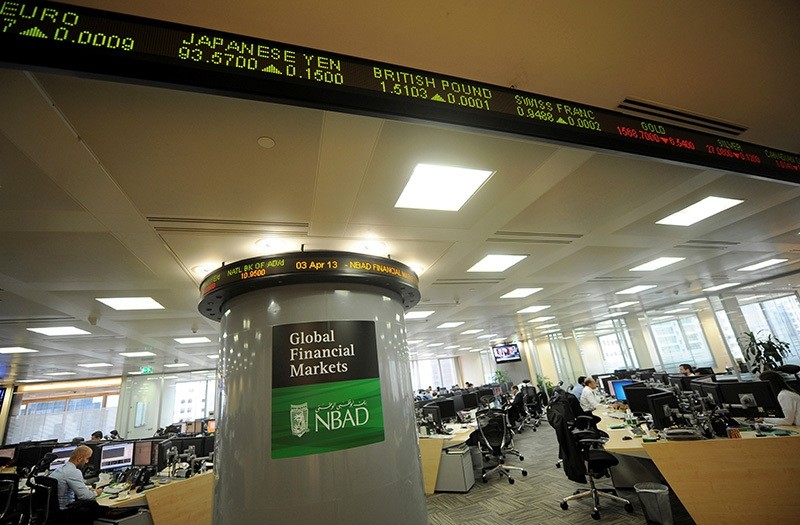 Employees are seen in the offices at the National Bank of Abu Dhabi (NBAD) headquarters. (Reuters Archive Photo)
by Jul 03, 2016 12:00 am

Two Abu Dhabi-based banks have agreed to merge to create the single largest lender in the Middle East and North Africa, a statement said on Sunday.

The boards of the National Bank of Abu Dhabi (NBAD) and the First Gulf Bank (FGB) voted unanimously in favour of the merger, which would create a lender with assets worth $175 billion, the banks said in a statement posted on the Abu Dhabi bourse.

The merger -- which is expected to take place in the first quarter of 2017 -- still requires approval from the general assemblies of both banks, the statement said.

The new bank would become the leading financial institution in the United Arab Emirates, with 26 percent share of outstanding loans, it said.

It would have a combined market capitalisation of $29.1 billion and offices in 19 countries, it said.

"The proposed merger will create a bank with the financial strength, expertise, and global network to support the UAE's economic ambitions," the statement said.

The government of oil-rich Abu Dhabi -- one of the seven emirates that make up the UAE -- would own a 37-percent stake in the new bank.

The merger would be executed through a share swap, with FGB shareholders receiving 1.254 NBAD shares for each FGB share.