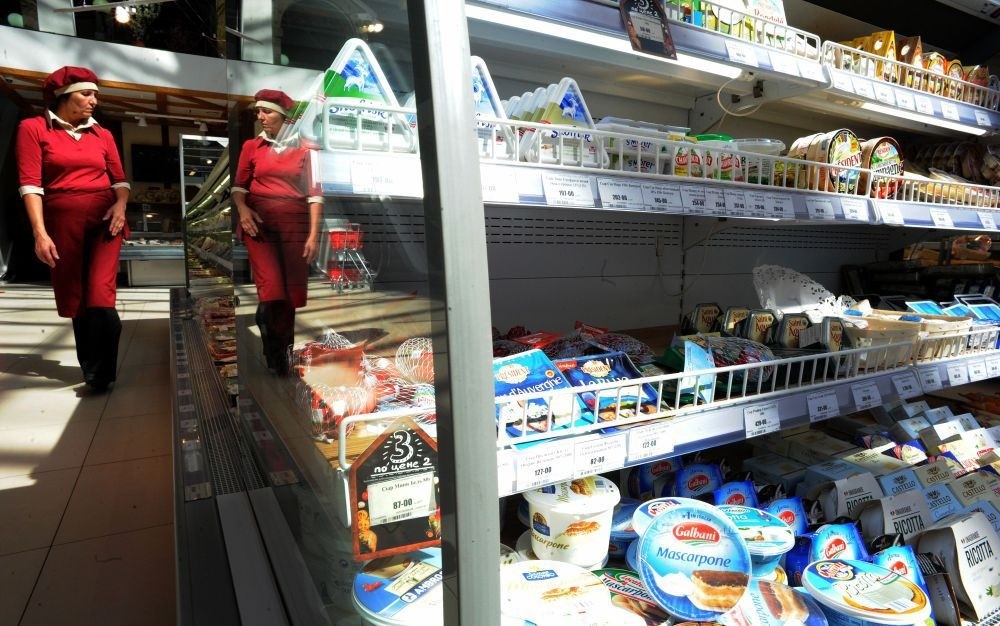 by Jul 04, 2016 12:00 am
The cottage cheese crackles like popcorn, emits a greyish smoke and finally goes up in flames, burning for an impressive ten minutes, like a well-oiled torch. The noxious experiment, filmed and posted last month by Russian news website Fontanka, demonstrated that some dairy products sold around Saint Petersburg do not actually contain any milk and are "good only for filling kerosene lamps". Though authorities closed one factory making the combustible cheese, the problem of milkless dairy, meatless sausages and other questionable products worry both government agencies and Russian shoppers amid a recession and food embargo that has left shelves empty of Western food imports.

"We decided to show that it's a systematic problem," said Fontanka reporter Venera Galeyeva, on the quest to expose other fake foods since her cheese-burning video went viral. "The problem is not one specific producer. Globally the problem is that Russia does not have enough milk."

Moscow has enforced an embargo on imports of most foods from the West since August 2014 in retaliation for Western sanctions imposed on Moscow over its involvement in the Ukraine conflict. On Friday Prime Minister Dmitry Medvedev officially signed off on extending the embargo until the end of 2017. Closing the market off from European parmesan and brie has created a booming domestic industry, but as milk production has not grown, many producers are forced to get creative, misleading consumers.

"There is a milk deficit," said Vadim Semikin of the Institute for Agriculture Market Studies, giving a rough estimate of 8 million tons last year. At the same time, palm oil imports grew by 25 percent in 2015, he said, and companies use it to substitute for milk. Russia has claimed that the embargo is a good opportunity to support the country's agriculture. On Thursday, Medvedev argued that extending it for another 18 months was dictated by the "need to create comfortable and predictable conditions for our farmers".

But the government's own analytical department concluded in April that Russian consumers have been the losers, observing a trend of "falling quality" in goods and the "appearance of fake cheese products on the market." In a sign of the scope of the problem, Russia's agriculture watchdog this year began to publish a "List of Honest Ones" to show companies that actually use milk and cream to make their dairy foods. Others use anything from water to "starch, chalk, soap, baking soda, lime" and even plaster to dilute and conserve milk, the watchdog said last week, scandalizing the milk industry.

"Most domestic producers take advantage of the non-competitive market and don't rush to make good products," said Irina Tikhmyanova, spokeswoman for Roscontrol, a consumer protection NGO. Sixty percent of 46 Russian dairy products tested by the group were recently shown to contain surrogates, she said. For meat products, the figure was even higher.

Though recent polls showed that people are noticing food quality go down, many Russians still embrace the embargo. In a June poll by independent pollster Levada Centre, 40 percent of respondents said they were against allowing European products into Russia - up from 31 percent in March 2015.