New airshow to take place in Antalya with Turkish-British partnership 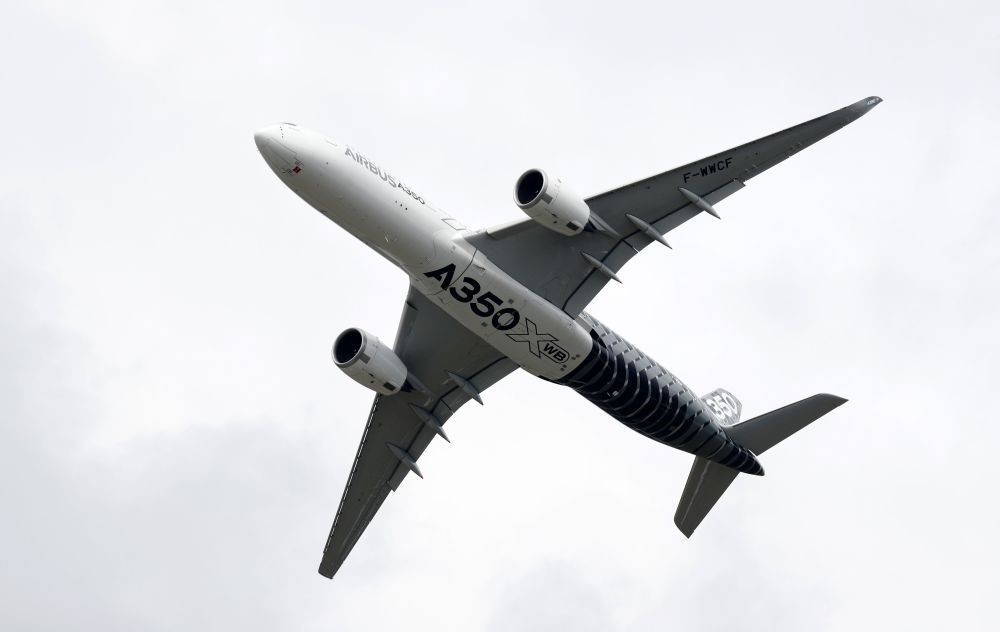 Turkey's Medyacity and the UK's Farnborough International signed a new deal to host a new brand airshow in Antalya, aiming to attract aerospace indusrty players in its region. The Eurasia Show will kick off in April 2018

The Farnborough International Airshow in London witnessed the launch Tuesday of a brand new airshow that will take place in Antalya, Turkey. The Eurasia Airshow will be held in Turkey's holiday hotspot from April 25 to April 28, 2018, and aims to create a new business platform for the aerospace industry in the region.

The Eurasia Airshow seeks to consolidate business opportunities for the civil, commercial and defense aerospace markets in Eurasia. The show will be organized by Turkish fair organizer Medyacity under the guidance and consultancy of British Farnborough International and will be supported by the Turkish government.

The event will entail a three-day trade exhibition followed by a public show for one day and will seek to attract up to 1,000 exhibiting companies plus an extensive aerial displays. Antalya Airport was chosen as the preferred location for the event as the airfield is large enough to accommodate commercial and military attendees that the show hopes to attract.

Speaking about the location, Farnborough International CEO Shaun Ormrod said: "There has been a tremendous amount of investment by the civil aviation and airport industries in the Eurasian regions, particularly in Turkey. The Eurasia Airshow will allow the aerospace industry to grow and develop further in the region."

Medyacity Chairman Hakan Kurt added: "The aerospace industry in Eurasian countries is growing exponentially. There are 5 civil aviation companies now in Turkey with more aircraft flying to over 200 destinations every day, particularly Turkish Airlines. Furthermore, Turkey is developing its own civil and defense aircraft and the Turkish Air Force will soon be receiving the F-35 later this year. The knowledge and experience of the Farnborough International team alongside our local event organizing expertise will go a long way to making the show a success."

During the signing ceremony, Kurt also shared their ambitious targets for the show in 2018. The aim is to gather more than 1,000 international exhibitors in 20,000 square meters booth area with more than 80 aircrafts, 150 military and civil delegation along with 20,000 visitors from 100 countries. Further, the fair organizer, which is experienced mostly in defense sector, hopes for business networking over $10 billion.

Farnborough Airshow has its origins in the annual RAF Airshow at Hendon, from 1920 to 1937. Yesterday, one of the world's greatest airshows has been home to the celebration of the centenary of American airplane manufacturer Boeing's establishment, the centenary of aviation week and 80th anniversary of Nu.D-36, which is produced by Nuri Demirağ - the first aircraft in Turkish Aerospace Industry history. Moreover, TRJet, which is going to be Turkey's first domestically produced regional jet, has received orders from the Istanbul Chamber of Commerce. A deal to order 10 TRJets, which are set to perform their first flight in 2019, was signed on Monday in London.
Last Update: Jul 13, 2016 1:31 am
RELATED TOPICS