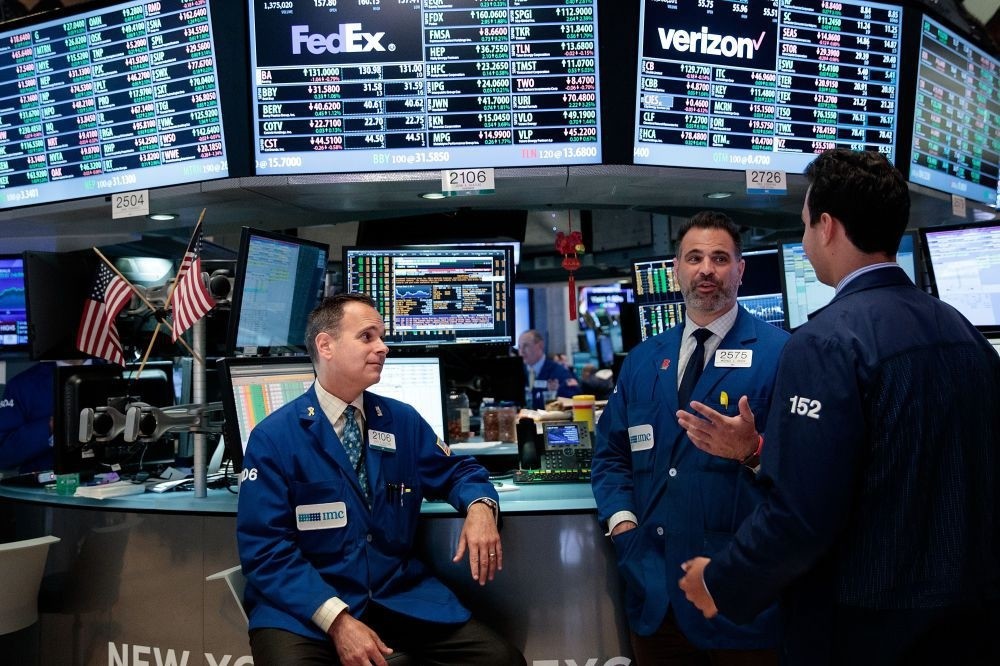 The immediate worries over Britain's decision vote to leave the EU have sean eased by the expected stimulative policies, resulting in optimism, bringing stock markets to their highest levels in a year

Stock markets traded within sight of their highest levels this year Wednesday as the prospect of stimulative economic policy across the developed world eased immediate concern over Britain's vote to leave the European Union.

The swift moves by the Conservative Party that see Theresa May replacing David Cameron as prime minister on Wednesday have helped fund a recovery that, aside from sterling itself, has wiped out the negative reaction to the June 23 vote.

Asian markets outside Japan gained another third of a percent to come within a hair's breadth of the year's highs from April, while European shares rose 0.2 percent, on course for their fifth straight day of gains.

Traders say that concerns over the economic and political impact of what promise to be torturous exit talks between London and Brussels have not gone away, but they are certainly on the back burner for a moment.

"This is a short term relief rally thanks to some certainty around the swift handover to a new PM," said Tobias Davis, Head of Corporate Treasury Sales at Western Union in London.

"The path ahead still looks incredibly challenging. Equities are only rallying thanks to negative yields across most of the curve in Swiss, German and Japanese markets. In reality, the economic landscape is deteriorating."

Sterling, whose 14 percent fall made it one of the main victims of last month's referendum, hit its highest in more than a week at $1.3340.

But for every blip higher for the pound at the moment there are more sellers ready to bet it will fall further in the months ahead and it quickly fell back to stand just 0.2 percent stronger on the day at $1.3280.

The yen, investors' go-to currency in times of market stress was also up half a percent against the euro and dollar after falling sharply on the back of Japan's move into another round of stimulative policy.

The debate among currency traders around Thursday's Bank of England meeting is also now not whether it will cut interest rates but by how much -- some measure of the concern over the economy's fate for the rest of the year.

"I'm struck at the enthusiasm of all and sundry to tell us that European and U.S. growth rates will hardly be affected by the UK post-referendum slowdown," Societe Generale's Kit Juckes said in a note to clients.

"That flies in the face of the increased correlation of major economies' growth rates in an ever more connected world."

Japanese Prime Minister Shinzo Abe ordered a new round of fiscal stimulus spending, as expected, after an election victory on Sunday. His meeting with former U.S. Federal Reserve Chair Ben Bernanke, a proponent of "helicopter money" policies - printing money and directly handing it to the private sector to stimulate the economy - fueled speculation that some of the stimulus plan could be funded by Bank of Japan easing.

The European Central Bank is also widely expected to take a dovish stance when it holds its policy review a week later.

"After being faced with the prospect of a major slowdown in global activity in the wake of the Brexit vote, governments and central banks worldwide are now expected to do their utmost to reassure markets and provide stimulus," wrote Angus Nicholson, market analyst at IG in Melbourne.
RELATED TOPICS