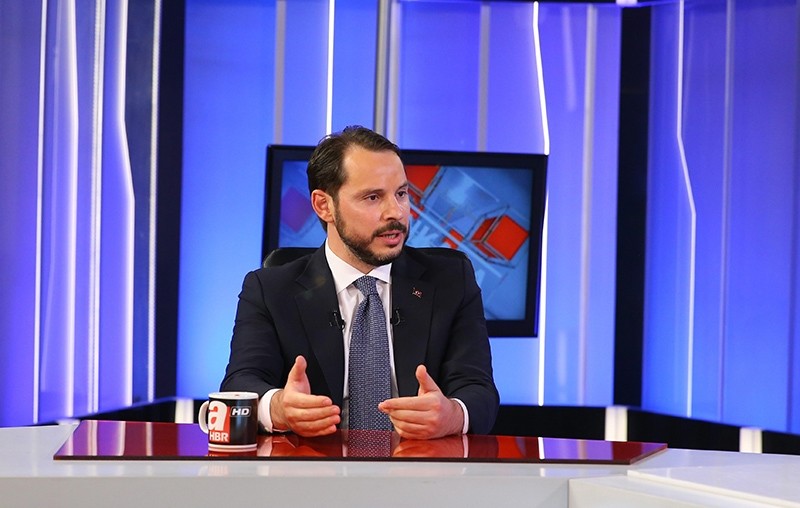 The government will apply a natural gas discount for the winter season even if Turkey's separate gas price arbitration cases with Iran and Russia are not concluded, Energy and Natural Resources Minister Berat Albayrak said Monday.

Speaking in a TV interview, Albayrak stated that the arbitration case between Turkey and Iran has been ruled in Turkey's favor, however the process to identify the discount rate applicable to Turkey and the repayment procedure, has not yet been finalized.

"Even if these processes are not concluded, a discount on gas prices will be applied," Albayrak said.

He added that they are working on upholding the maximum discount rate applicable for the sustainability of Turkey's economy.

In 2012, Turkey sued Iran in the International Court of Arbitration for overpricing on gas purchases during the four-year period between 2011 and 2015. The court decided in favor of Turkey in February 2016 and ordered that both parties agree on a reduction between the rates of 10 percent and 15 percent in the price of Iranian gas exports to Turkey. The exact discount rate is expected to be announced in September 2016.

Meanwhile, the arbitration case between Russia and Turkey is still ongoing and is awaiting finalization.

Under the agreements, both sides have the right to ask for price revisions. Once a revision is negotiated, an agreement needs to be reached within six months. Upon Turkey's request in December 2014, Russia announced a 10.25 percent discount rate, which was never implemented.

Although both sides reached an understanding, Gazprom Export failed to sign the relevant documentation within the six month period following the preliminary agreement and additional four months passed by without a response from Russia.

After writing to Gazprom Export on Oct. 6, 2015, and not receiving a reply, BOTAS announced its decision to take the matter to the arbitration court on Oct. 26, 2015.