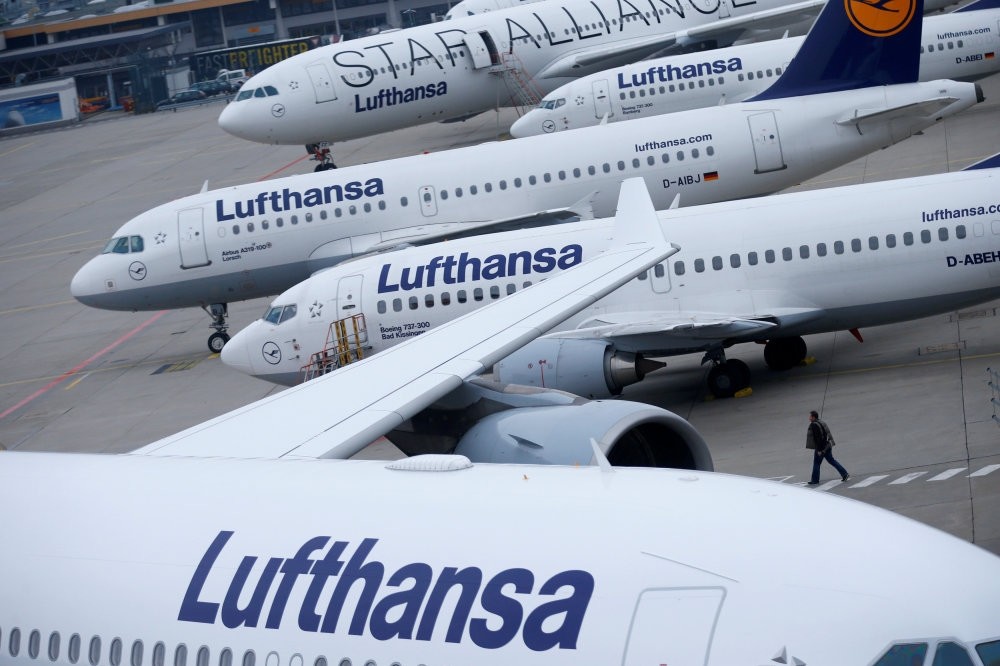 by Daily Sabah Aug 03, 2016 12:00 am
German flag carrier Lufthansa Tuesday that "horrific" terror attacks in Europe were having a "tangible impact" on business, with second-quarter profits down 17 percent. Net profits between April and June came in at 437 million euros ($488 million), the group said, slightly below analysts' expectations, who had forecast a figure of 443 million euros.

The weak profits came despite the lower oil price, which resulted in a fuel cost boon of 597 million euros. For the full first half from January to June, Lufthansa's revenue slid 2 percent to 15 billion euros. Net profits took a 55 percent blow compared with the figure for the first half of 2015, falling to 429 million euros. Lufthansa said it expected full-year earnings stripping out costs for the year to come in below the previous year's.

Menne noted that the group had not benefited from the same one-off boosts in the second quarter this year as in 2015, when the group sold shares and enjoyed lower pension provisions due to changes in interest rates.

But the group can look forward to a "positive effect" on operating profits in 2016 after a compromise with cabin crew union UFO, which held the longest strike in the airline's history in November 2015, Menne said. Lufthansa had already said last month that the jittery atmosphere in Europe was hitting its business and considered "a complete recovery as not likely anymore."
RELATED TOPICS