China's robotics rush shows how debt can get out of control 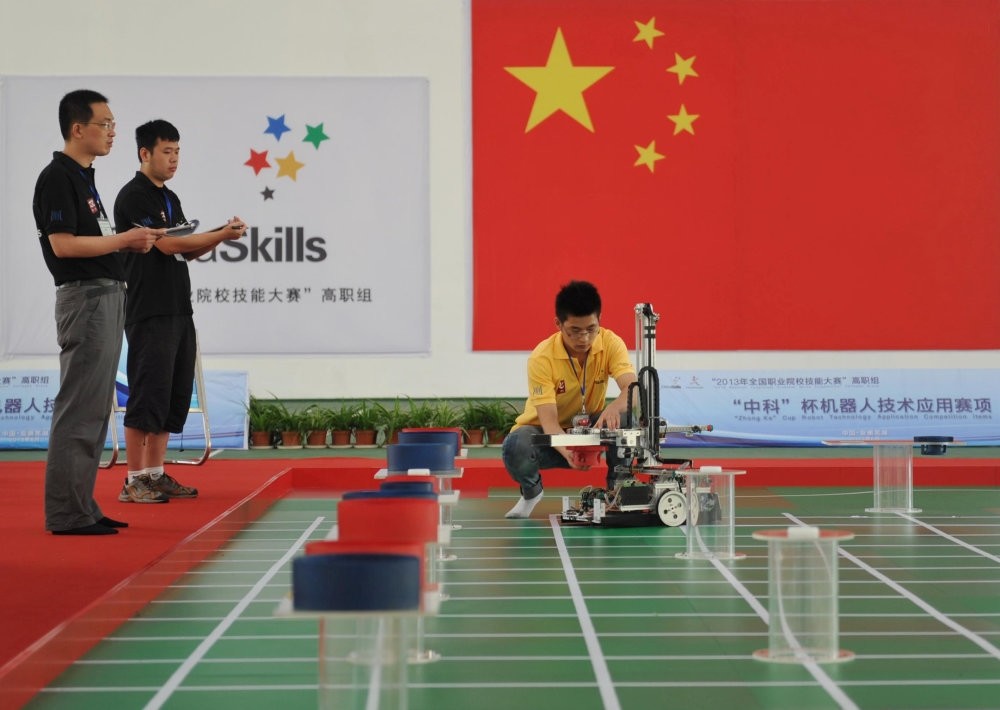 Beijing's drive to make the nation a leader in robotics has set off a rush as municipalities throughout the country vie to become China's robotics center, but the industry is already showing signs of overcapacity

Down a side street bracketed by massage parlors and cheap hotels in this city on the banks of the Yangtze river, a humanoid food service robot trundles around the corner of a table in a cafe, red eyes flashing in tune with synthesized classical music. The Wuhu Hands On Cafe's waiter, named "Hero," has no customers on a drizzly Friday morning. He is, though, a symbol of Wuhu city's hopes of becoming a major center for robotics, and the local government's ability to chase that dream through the debt markets, whether it makes commercial sense or not.

"Hero" was the result of six months research at a nearby robotics park that has cost 2.2 billion yuan ($332 million) to establish. For the park's next stage, including a hotel, an exhibition center and a cultural plaza, Wuhu is raising another 1.2 billion yuan through a so-called local government finance vehicle (LGFV), and offering a raft of incentives for firms to set up there.

The problem is it is not alone. Dozens of other medium-sized Chinese cities like Wuhu, which is west of Shanghai in Anhui province and has a population of around four million, have similar robotics park plans. And the ease with which municipalities can use off balance companies like LGFVs to finance infrastructure - some needed, some not - is rapidly boosting China's already high debt burden. Meanwhile, investors gambling that Beijing will not allow the debt to default while infrastructure remains a critical support for growth, have bid up LGFV bonds to new highs.

Beijing's drive to make the nation a leader in robotics through its "Made in China 2025" initiative launched last year has set off a rush as municipalities up and down the country vie to become China's robotics center.

The investment boom comes as the industry is already showing warning signs of overcapacity, despite increasing demand for robots in auto manufacturing and electronics. Growth in demand for industrial robots in China fell by more than two-thirds to 17 percent in 2015 - and yet more than 40 robotics parks have sprouted throughout the country in the last two years, according to industry data. In June, the National Business Daily reported Vice Minister of Industry and Information Technology Xin Guobin warning that China's robotics industry is showing signs of over investment and of "a high-end sector becoming low-end."

LGFVs first gained popularity in China in the 1990s as a way to fund municipal projects without running afoul of new restrictions on cities' official borrowing. They played a key role in shoring up economic growth in the global financial crisis but also became a major source of China's debt burden. Outstanding debt was $26.56 trillion, or 255 percent of gross domestic product at the end of 2015, up from 220 percent just two years before, according to the Bank for International Settlements.

A short-lived crackdown by Beijing on LGFV financing in late 2014 was quickly watered down as growth sputtered to a twenty-five year low last year. In China as a whole, LGFV bond financing climbed 72 percent in the first five months of 2016 from the same period last year to 740 billion yuan, while the vehicles' total outstanding bond debt now stands at around five trillion yuan, according to Everbright Securities data sourced from the Chinese information provider WIND.

"Loads of infrastructure-investing companies are exhausting every means they can get to get money," says Li Yujian at Bohai Trust, which offers high-interest loans to companies who cannot get all the financing they need in mainstream debt markets.

For a command economy, China has a very decentralized fiscal system with local governments responsible for about 85 percent of fiscal spending but receiving only 50 percent of tax revenues. Officials turn to debt to fill the gap. As a result, Beijing often lacks a clear picture of what local governments are doing, and cities have little reliable data on their neighbors, leading to a dangerous tendency for duplication - especially when Beijing throws its weight behind a given sector, like robotics.