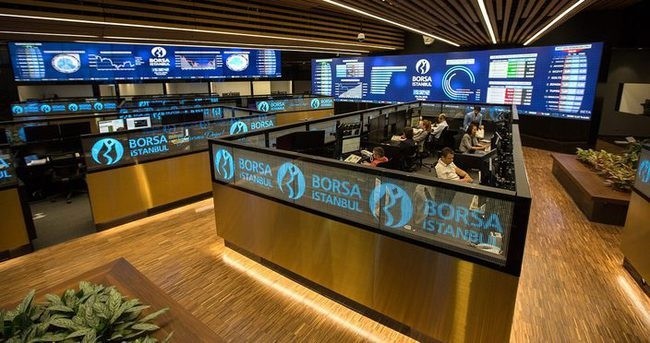 by daily sabah Aug 19, 2016 12:00 am
Citizens who risked their lives lying in front of tanks during the coup attempt have traded $11 billion for Turkish lira to protect the Turkish stock market. Local investors bought 347 million stocks while many foreigners have been selling their stocks.

The number of local investors in the Borsa Istanbul Stock Exchange, which was physically targeted during the Gülenist coup attempt and citizens prevented from being captured after two police officers were killed, increased in July. According to the Central Registry Agency (CRA), while the number of local investors in the Borsa Istanbul was 1,052,695 in June, it increased to 1,053,436 in July with the additional registrations of 741 new investors. During the same period, the number of foreign investors dropped from 9,531 to 9,520 with the tension created by international credit rating agency Standard & Poor's (S&P), losing 11. The total number of investors in the stock exchange increased 652 from 1,062,315 to 1,062,967. In the first trading week following the coup attempt, the total portfolio size of investors decreased from TL 236.6 billion ($80.7 billion) to TL 232.9 billion in a 14 percent decline.

Reaching a TL 210 billion worth net sale in July, the foreign portfolio dropped from TL 149.4 billion to TL 146.6 billion while local investors' portfolio saw a 0.8 percent decrease due to new coming investors and dropped from TL 87.1 billion to TL 86.5 billion. On the provincial basis, local investors' attitude has spread countrywide, according to the CRA. While the number of local investors decreased in 33 provinces of the country's 81, it increased in the 48 others. The number of investors increased from 326,681 to 327,193 in Istanbul. While Ankara became the only major province where the number of investors decreased, interest in the stock exchange increased in the provinces of İzmir, Bursa, Antalya, Kocaeli and Balıkesir where locomotive freight is a significant source of revenue.

One of the most important indicators of local investors' protecting the stock exchange is the upward trend in market shares. Of foreign investors in the stock exchange, 46.3 percent of shares for July 15 dropped to 45.6 percent as of Aug. 3 while local shares dropped from 63.49 percent to 62.85 percent. While foreign-owned share on the basis of market value dropped from 63.49 to 62.85, local shares increased from 36.51 to 37.15. Foreigners sold 276 million stocks during this period and local investors purchased 347 million stocks.
RELATED TOPICS