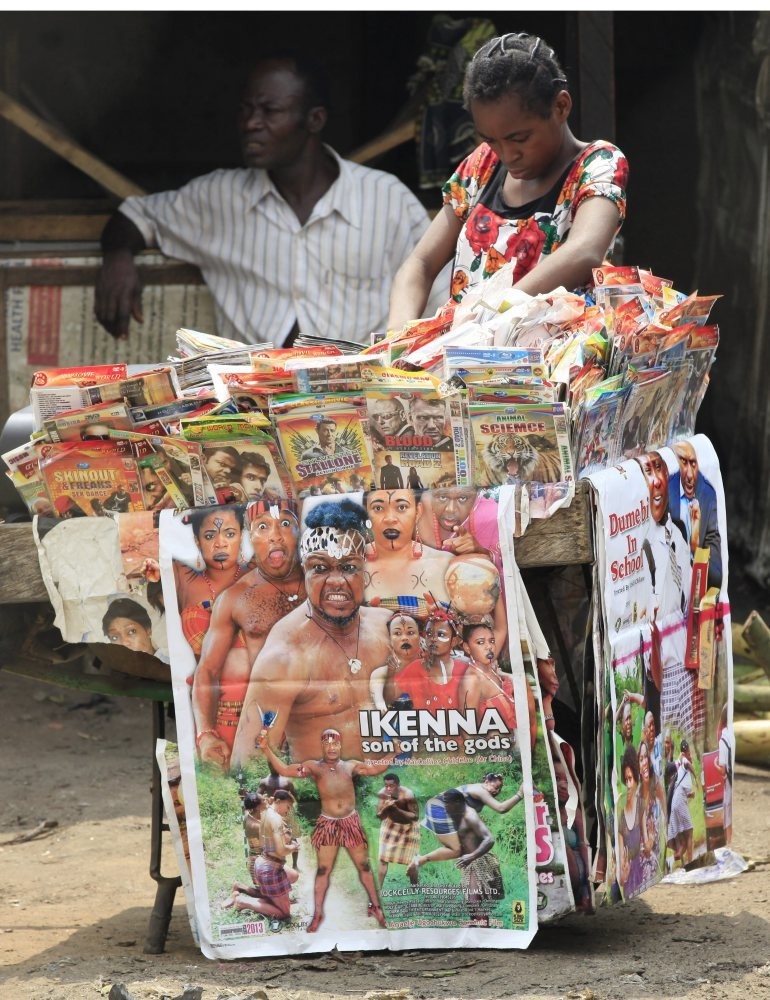 A woman shops for Nollywood DVDu2019s on a street in Lagos, Nigeria.
by Sep 01, 2016 12:00 am
Nigeria's economy nosedived into a recession official data revealed Wednesday with oil production hammered by militant attacks on pipelines and foreign investment at a "record" low. Output in the three months to the end of June was -2.06 percent with the oil sector reporting a double-digit decline following a wave of attacks by rebels in the oil-producing south.

The slowdown was recorded across many sectors in a sign that Africa's largest economy is wrestling with deeper structural issues than just the low price of crude. Foreign investors, wary of the Nigerian government's controversial currency peg, avoided putting money into the country leading to a "record" decline in capital importation, reported Nigeria's National Bureau of Statistics. The $647.1 million worth of capital imported into Nigeria in the second quarter represented a "fall of 75.73 per cent" compared to 2015.

"This provisional figure would be the lowest level of capital imported into the economy on record, and would also represent the largest year on year decrease," said the statistics agency.

"There was considerable uncertainty surrounding future exchange rate policy which may have deterred investors," added the statistics agency. Nigerian President Muhammadu Buhari's government finally devalued the naira in June after upholding the currency peg for months, yet experts say the negative impact of the controversial monetary policy will still be felt in months to come.