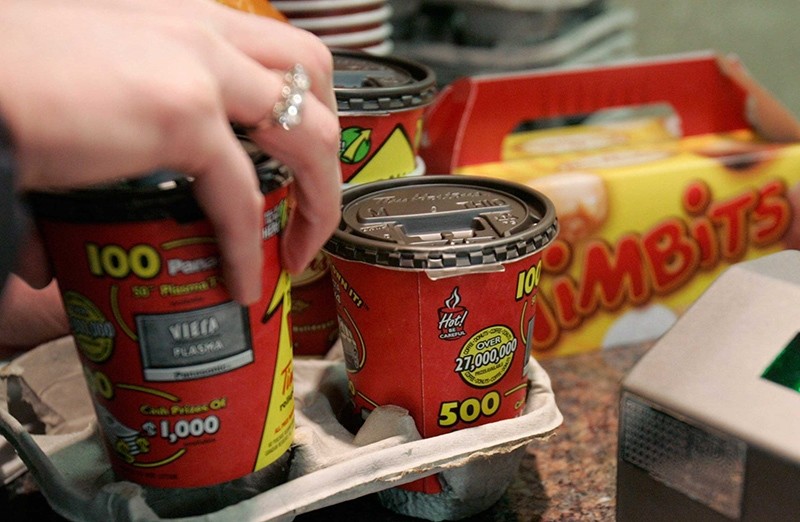 | Reuters Photo
by Sep 01, 2016 12:00 am
Canada's Restaurant Brands International Inc said it would launch Tim Hortons coffee and doughnut shops in Great Britain as part of its expansion plans.

The move into Europe comes after Tim Hortons, which has outlets in Canada, the United States and the Middle East, said last month that it would enter Asia by opening its first outlet in the Philippines.

Restaurant Brands, which also owns the Burger King chain of restaurants, said on Wednesday that it formed a master franchise joint venture with an investor, which it did not name, in Great Britain.

The joint venture will operate a franchise of Tim Hortons stores in England, Scotland and Wales, Restaurant Brands said.

The company did not say when it would open its stores in the region or how many stores it planned to open.

"Great Britain is an attractive QSR market with a strong and growing coffee culture so it is a natural fit for the brand," Restaurant Brands Chief Executive Daniel Schwartz said.

Tim Hortons was founded in 1964 and, as of June 30, had over 4,464 system wide restaurants that serve items such as paninis, sandwiches, baked goods and soups, besides coffee and doughnuts.