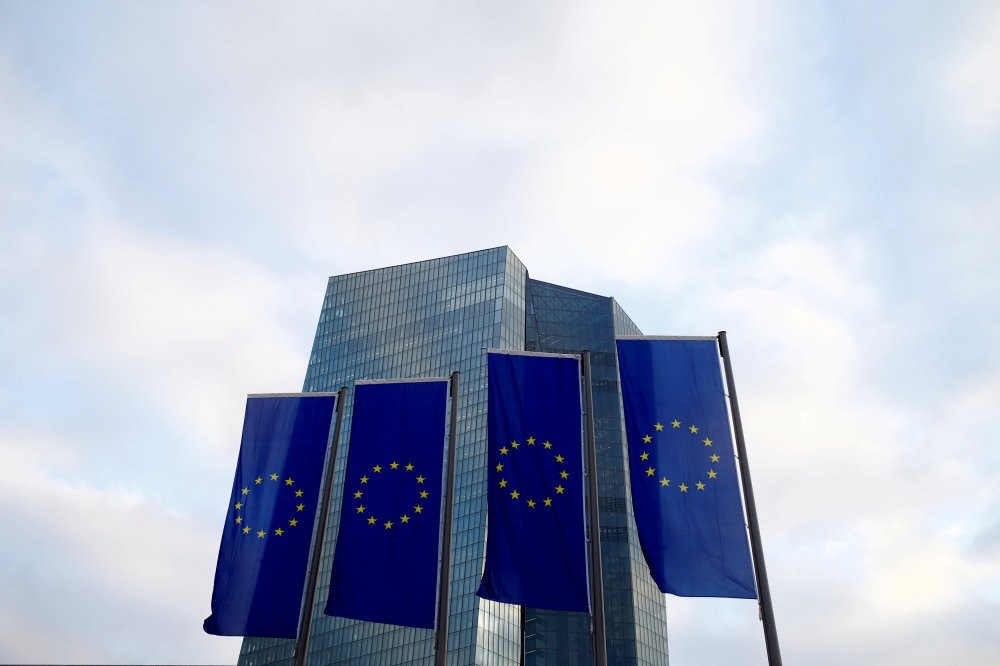 The European Central Bank's rate decision will likely dominate the week's agenda, with most economists expecting a steady hand, even if a sizable minority reckon there could be an extension of asset buys

The European Central Bank (ECB), comforted by better-than-expected data since Britain's vote to quit the EU, will keep drastic monetary policy changes in reserve at a meeting next week, analysts predicted. President Mario Draghi and the decision-making governing council convene in Frankfurt on Thursday for their regular policy meeting, the second after the June 23 Brexit vote. The minutes of the July gathering hinted at a September Brexit response, noting "downside risks had clearly increased," and stressed the bank's "capacity and readiness to act."

But with Britain still uncertain about what deal to seek from its EU partners, there is little sign the eurozone is suffering from the shock referendum result. Inflation and employment have remained steady, as has the eurozone-wide purchasing managers' index, while loans to businesses grew by 1.3 percent in July, according to ECB figures.

One cloud on the horizon was a one-point drop in business confidence across the 19-nation bloc in August, to 103.5 - although it remained above the 100-point growth/contraction threshold.

"The data we have would not justify any drastic changes," said Carsten Brzeski, economist at ING Diba bank.

"We don't have hard data for the third quarter yet. That makes it very difficult for the ECB staff to drastically change its growth forecast," he added.

"So far at least, the fallout from Brexit is probably smaller than many people had feared," agreed Ben May, analyst at Capital Economics.

While inflation stagnated in August, and at 0.2 percent is far short of the ECB's target of slightly below 2.0 percent, May argued that "by early 2017 it is plausible that inflation could be quite close to target," thanks largely to energy prices stabilising.

Policymakers stress that many measures announced by the ECB in March - when it lowered interest rates, expanded its quantitative easing program from 60 to 80 billion euros ($90 billion) per month and extended it to buy corporate as well as government bonds, and offered banks new cheap loans - have yet to take full effect.

"It is powerful, it is efficient, and it is developing in a smooth way."

But Villeroy de Galhau was addressing an audience increasingly reproachful of the ECB's ultra-low interest rates.

"Not only banks are suffering, the consequences are fatal for savers and their pensions too," John Cryan, chief executive of Deutsche Bank - Germany's largest lender - told the gathering, organised by German business daily Handelsblatt.

Despite ready availability of cheap money, "there is little demand for loans from businesses because the outlook is too uncertain," Cryan said.

Low interest rates from the US Federal Reserve and the ECB "are becoming more and more a part of the problem," complained Volker Wieland, a member of Germany's economic advisory council of five "wise men,"in late August.

For German lenders - which still make a large share of their income from the margin between interest paid on deposits and the rates they charge on loans - the ECB's policy has been costly. The central bank's deposit rate has been negative since 2014, meaning banks have to pay to park their excess cash at the ECB overnight. In March, it hit -0.4 percent.

The headline refinancing rate at which banks borrow money from the ECB has been at zero since March and its marginal lending rate at 0.25 percent.

Felix Hufeld, head of German financial regulator BaFin, said on Thursday that "if interest rates remain as low as they are, banks' profits will get significantly worse, despite the still unusually good economic conditions in Germany."

Such criticisms "would prevent the ECB from cutting rates further," said ING's Brzeski.

"We'd need a sharp revision of the growth and inflation projections for the ECB to take action," he went on.
RELATED TOPICS