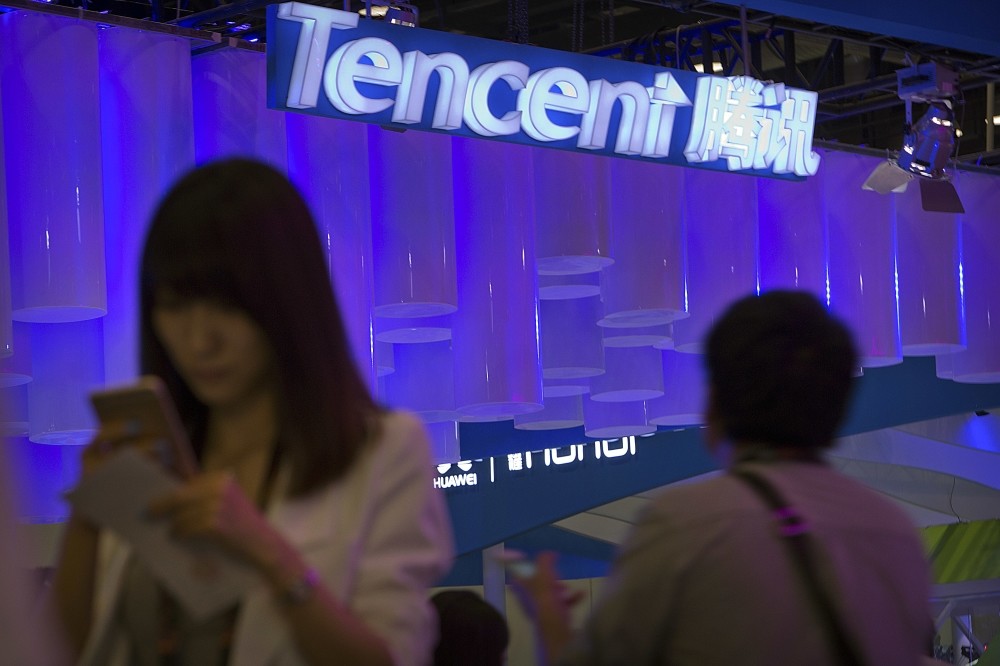 by Sep 07, 2016 12:00 am
China's technology giant Tencent has become the country's most valuable enterprise, Bloomberg reported Monday, beating state-owned telecom behemoth China Mobile and nearly reaching half of Apple's valuation. Tencent stocks surged 4.16 percent at closing on Monday on the Hong Kong stock exchange, to HK$210.20 ($27), giving it a market capitalization of HK$ 1.99 trillion, according to its company website.

The figure beat China Mobile's market capitalization of HK$ 1.97 trillion as of Monday and put the technology giant as China's most valuable company, Bloomberg News reported. It also put the Hong Kong-listed firm amongst the world's 10 largest public companies including the likes of Apple, the report said. Apple was valued at $580.50 billion based on its latest stocks quote. Tencent's share price has jumped nearly nine percent since Aug. 17, when it reported a net profit surge of 47 percent in the three months to June, to 10.74 billion yuan ($1.6 billion).

Based in the Chinese southern export hub of Shenzhen, Tencent operates China's biggest messaging service WeChat, through which a variety of businesses including gaming, advertising and social networking have flourished in recent years.