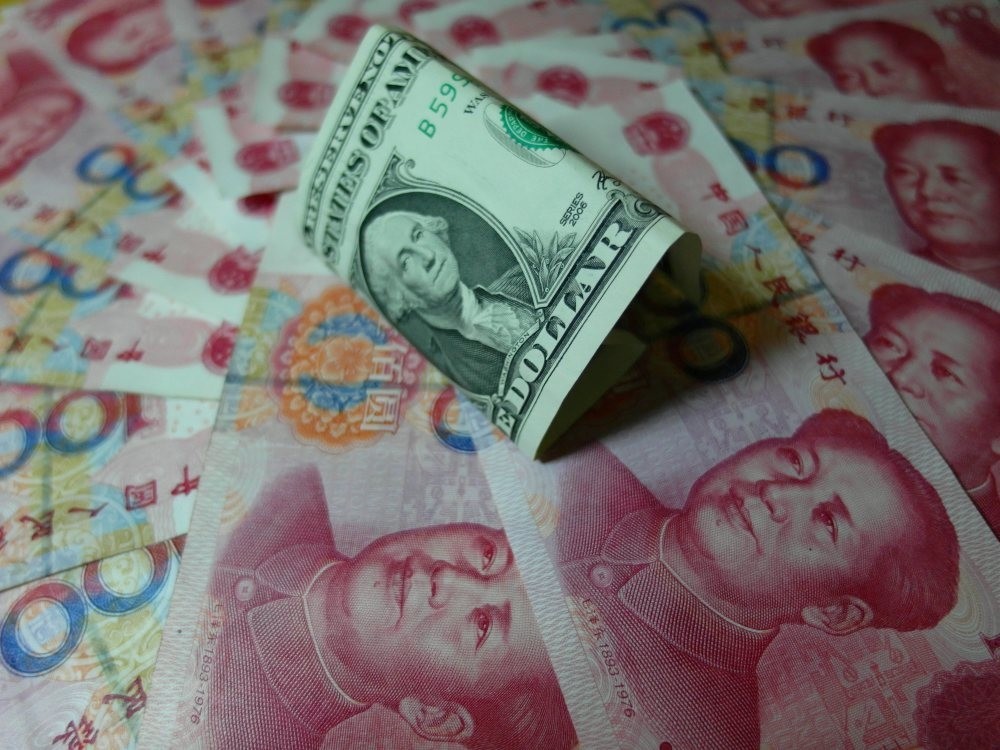 by Sep 08, 2016 12:00 am
China's foreign exchange reserves fell to the lowest since 2011 in August as the central bank intervened to support the yuan currency as it weakened to near-six year lows.

While the $15.89 billion drop was in line with market expectations and was described by analysts as modest, it was the biggest decline since May and could signal fresh capital outflows from the economy even as it starts to show signs of steadying.

China's reserves fell to $3.185 trillion in August - the lowest since December 2011 -- from $3.20 trillion at the end of July, central bank data showed on Wednesday.

China's reserves, the largest in the world, fell by a record $513 billion last year after Beijing devalued the yuan currency, sparking a flood of capital outflows that threatened to destabilize the world's second-largest economy and alarmed global financial markets.

But declines have slowed sharply in recent months as authorities tightened capital controls and cracked down on forex trading which is suspected to be speculation.

Traders believe the central bank has stepped in via state-run banks since mid-July to slow the pace of depreciation in the yuan, which has weakened 2.6 percent against the U.S. dollar so far this year.

Analysts expect pressure on the yuan and reserves to continue as expectations of another U.S. Federal Reserve interest rate hike this year support the dollar.

"Lower FX reserves data is not surprising in light of the active intervention seen ahead of the G20 meeting (in China) in early September," said Chester Liaw, an economist at Forecast Pte Ltd in Singapore.

"With a Fed rate hike likely before the end of the year, the authorities will have their hands full with containing any wild spikes in USDCNY triggered by capital outflows, and can expect FX reserves to remain on a downward path through to the end of the year."

Nie Wen, an economist at Hwabao Trust in Shanghai, said a monthly drop of $10 billion-$20 billion in reserves "should be normal."

"The pressure is relatively small compared with last year and large-scale capital outflows should be over... partly because capital controls are stricter than last year."

The impact of forex supply and demand remains under control, the State Administration of Foreign Exchange (SAFE) said recently in a statement, adding that it expected cross-border capital flows to remain stable in the medium- to long-term.

Net foreign exchange sales by the People's Bank of China jumped to their highest in five months in July, as the central bank sought to support the yuan after it briefly broke through the key psychological level of 6.7 to the dollar. On Wednesday it was trading around 6.66.

China's gold reserves fell to $77.18 billion at the end of August, down from $78.89 billion at end-July, data on the People's Bank of China website showed.