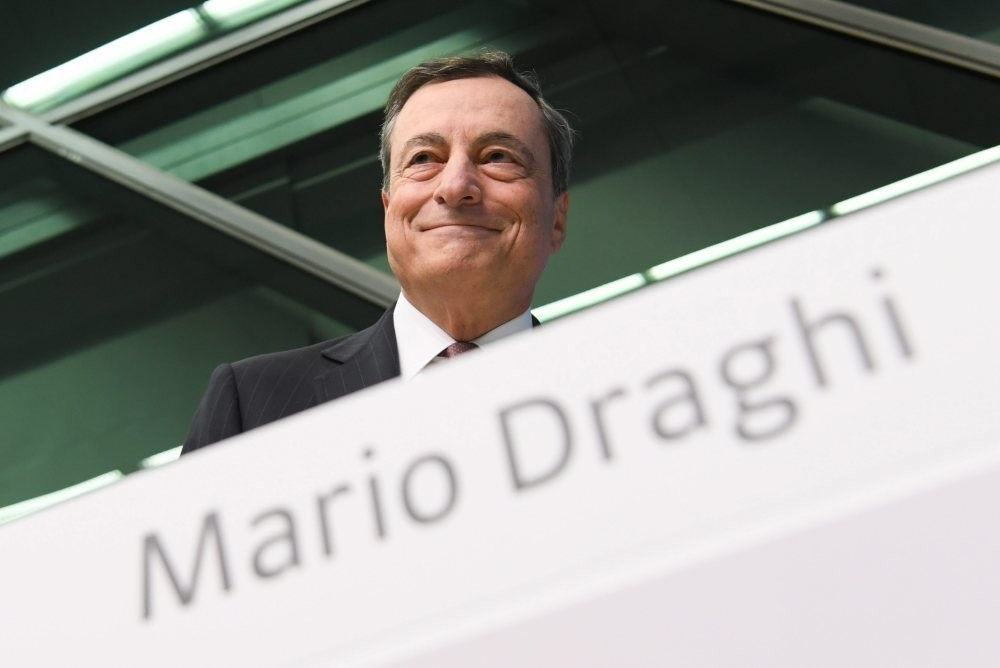 In line with market expectations, the European Central Bank did not change its interest rates, maintaining its asset purchasing program as previously scheduled to revive inflation and growth in the eurozone

Keeping rates deep in negative territory and printing money at a record pace, the ECB is hoping to revive inflation and growth in a region weighed down by nearly a decade of economic malaise and crises.

But its untested and often controversial unconventional measures are still seen as insufficient, so the ECB is widely expected to provide even more stimulus before the end of the year as governments have for years failed to do their part to lift growth.

The ECB kept its deposit rate at -0.4 percent, charging banks for parking cash overnight, and held the main refinancing rate, which determines the cost of credit in the economy, unchanged at 0.00 percent.

It also maintained the March end date for its asset buys with the caveat that the scheme could be extended if inflation is not rebounding. Though some had already expected a six month extension yesterday, such a move is fully priced in by the end of the year. Repeating its usual forward guidance, the ECB added that rates would stay at their current or lower levels for an extended period, a stance intended to reassure investors that any reversal in rates was many years away.

Though growth and inflation remain anaemic, the ECB needs to exercise patience as it has already exhausted much of its firepower, leaving it with tool that carry significant side effects.

Nonetheless, it is probably just a matter of months before it eases policy further, acknowledging that inflation just isn't moving higher, despite free credit to banks, record low interest rates and money printing worth 1.2 trillion euros ($1.35 trillion) in the past year and a half. With unemployment hovering at 10 percent, governments holding back on spending as they manage down record debt piles, and companies producing far less than they can, growth cannot take off, putting a lid on inflation.

Indeed, price growth, holding near zero, has undershot the ECB's 2 percent target for more than 3 years and will miss it for at least another 2, a risk to the bank's credibility and the viability of inflation targeting.

Fresh quarterly forecasts to be unveiled by Draghi could show a slightly lower path for underlying inflation while recent research published by the ECB suggested that long term inflation expectations are drifting lower, an indication of waning confidence in the ECB's policies.

Market based inflation expectations are also back to lows hit after the Brexit vote and most recent Germany data have also disappointed.

But even a simple extension of the 1.74 trillion asset purchase program, started in March 2015, is not so easy as the ECB is running out of bonds to buy due to its self-imposed constraints. The choice is then between tweaking purchase rules or going for a bigger redesign.

Easiest options could include buying bonds yielding less than the bank's -0.4 percent deposit rate, extending the maturity range of eligible bonds to 30 years from 20 years and buying an even bigger portion of certain bond issues. Bigger changes could involve the purchase of new types of assets, like bank bonds, nonperforming loans or in the extreme case, stocks. Still, each of these changes would generate concern or even outright opposition from the hawks and the growing camp of moderates on the Governing Council, who worry about the unintended negative effects of the ECB's extraordinary stimulus.