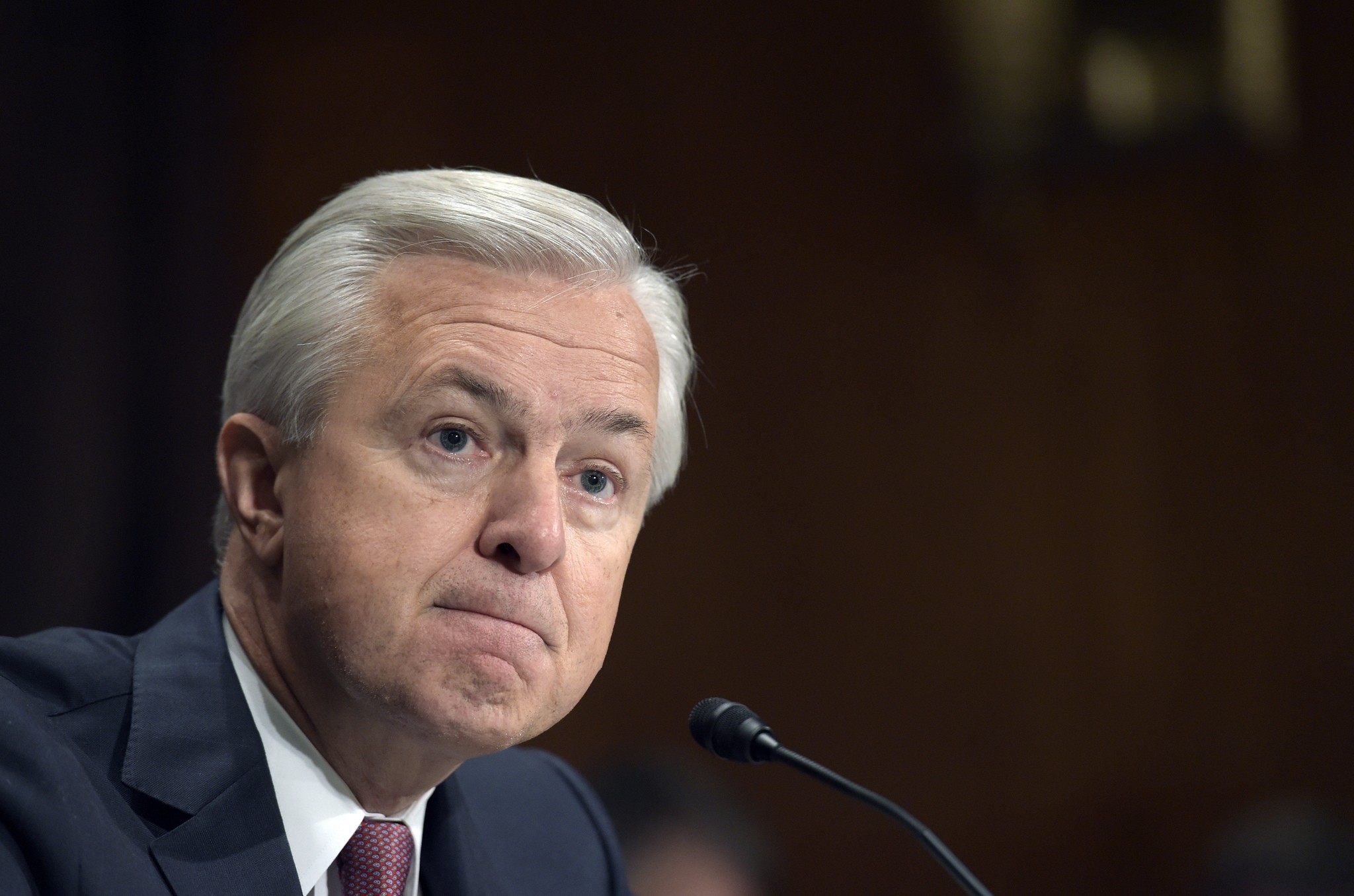 The San Francisco bank said Wednesday that Stumpf will also relinquish his title as chairman. Its chief operating officer, Tim Sloan, will succeed Stumpf as CEO.

Stumpf had led Wells Fargo since 2007.

Stumpf's departure from the U.S. commercial and retail banking giant caps mounting public outrage after the bank admitted last month that employees had opened millions of deposit and credit card accounts without customer's knowledge in order to meet sales quotas.