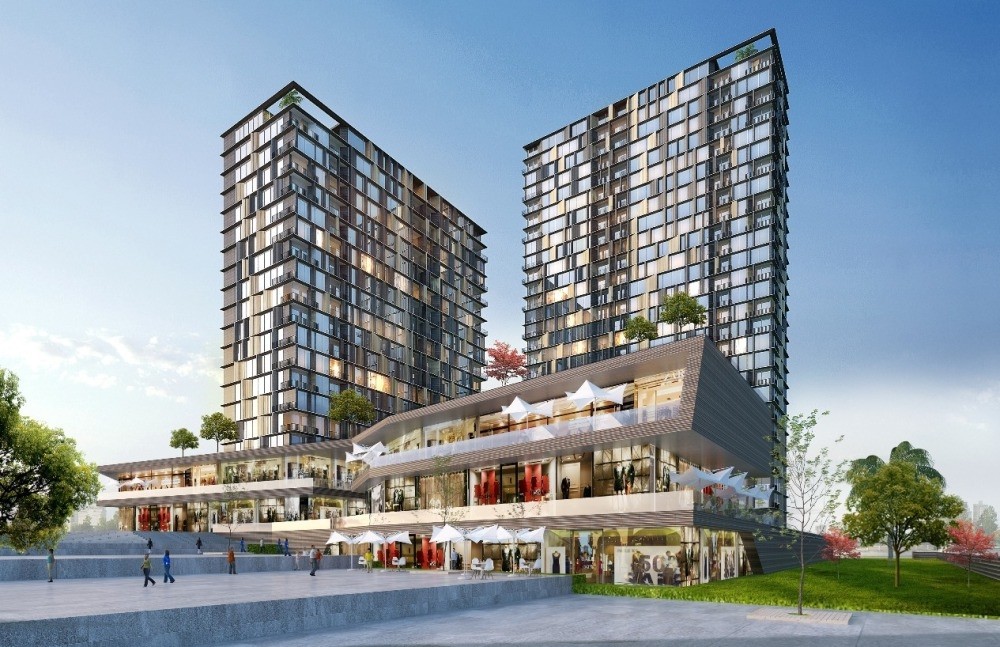 KITT, which was the dream of millions of youngsters of the 1980s, is in Istanbul, thanks to a prominent real estate and construction company, Toya Yapı, a pioneer in unique project development and exclusive architectural designs

One sign that you were undoubtedly raised in the 1980s is a strong acquaintance with the American TV series, "Knight Rider." If you grew up in the decade of disco, the thrilling adventures of police officer Michael Knight and his high-tech flying and talking car "KITT" are memories you likely have not forgotten. For the uninitiated, namely, the rising generation which has been blindsided by a surge of upgraded action movies in recent years, Knight Rider is merely an outdated show with no significant attraction. But, it has significant meaning for the ‘80s kids who were hooked on the show, those who never missed an episode - especially in Turkey, where Knight Rider was broadcast from 1982 to 1986 - at a time the country had a single TV channel on the air.

In the series, KITT, that legendary car which was nearly indestructible, was designed with artificial intelligence and technology which included self-drive capabilities, fire arms, resist blasts, human interactive capabilities and the ability to think, learn and speak. It even had a humorous personality.

KITT's popularity continued to swell in the mid-80s and, by then, the show's impact on its Turkish spectators was such that car drivers in Turkey were inspired by the KITT design, modifying their own vehicles accordingly and attaching a red LED light to the front of their cars and it swung from left to right. Knight Rider also inspired toy makers to begin manufacturing toy KITTs, which became the bane of every parent's existence as children begged their parents to buy them and raced their mini KITTs in their local neighborhoods. This remained a favorite among childhood games for quite a long time.

Now KITT, which was the dream of millions of youngsters of the 1980s, is in Istanbul, thanks to a prominent real estate and construction company, Toya Yapı, a pioneer in unique project development and exclusive architectural designs.

The company recently promoted its new project Toya Next centered around the concept of "Art & Smart" which seeks to combine a "smart" way of living with technology and conveniences, in an event held on Sept. 28 at the Raffles Hotel. The company used KITT to present its new project, drawing a parallel between the car as a symbol of "intelligence" and the "Smart House" project recently launched.

Selman Yurdakul, the general director of the sales and marketing department of Toya, said that after a little brainstorming, the executives considered using KITT as means for communication activities.

"'Why not?' we asked. Considering that our target group is the over-30 age bracket within a specified income bracket and those with investment-making potential, we thought it would be a brilliant idea," Yurdakul said, adding: "People over 30 are acquainted with David Hasselhoff [the actor who starred as Michael Knight in the series] and [Knight Rider itself] so we decided to use ‘KITT' because it represents ‘intelligence' and ‘technology,' the very features that our project bears as well."

The Toya Next Project promises the provision of privileges for its potential residents and improving the quality of life for its residents. The most significant tool of which appears to be the technology it boasts of. While seeking to ease the stress in the lives of city dwellers using high-tech means, it says it promotes efficient utilization of living quarters through exclusive architectural facilities.

The project aims to provide privilege to its clients, including energy-saving opportunities and security facilities.

"Toya Next provides services that amid the hustle and bustle of everyday life people do not realize they desperately need. With a remote control that is connected with your telephone, you can transmit commands from even miles away. You could control the security of your residence from afar, you can turn on the air conditioning before you arrive home, you can cut electricity or turn off water lines with a single command and more. Imagine that you leave the house and you're not sure whether you unplugged the iron - a problem women often face - this is no longer a problem for us as you can cut off electricity with single touch," says Yurdakul.

But home automation is not what the company is boasting of. Yurdakul says functionality and the expansion of living quarters have been top priorities in estate designs. The project has attached considerable significance to expanding the usable spaces in flats.

"We have come up with innovative solutions for how to utilize space more efficiently in apartments. For instance, in our one bedroom apartments, there are ‘mobile walls' that detach the living room from the bedroom when closed. The bed is also portable and can be pushed inside the wardrobe to save room. When you slide the walls to each side, the walls disappear, and when you also remove the bed, and pull out the desk, the apartment turns into an home-office, all at once," Yurdakul says. The sales of such real estate began simultaneously with the event held on Sept. 28. Yurdakul says the project has drawn wide attention both from the public and the press. He says the company saw good sales in the last week and there is currently a campaign that the company touts will ease the stress of "home ownership" for many.

"There are two different payment schemes as part of the project. With the first one, we provide our customer with an option to postpone giving the down payment until the time of delivery, which is 30 months from the time of the sale. This provides white-collar-workers who can not afford the down payment at once a easier option. While you pay 25 percent of the down payment at time of delivery, using a bank loan, you may start with an installment plan to be paid over 120 months with an interest rate of 0.70 percent."

"The second payment scheme is mostly for tradesmen. We also have personal payment plans," Yurdakul adds. He also highlights the significance of the location of the project, saying that Basın Ekspres Street is one of major locations of Istanbul and the site lies in proximity to metro train stops for soon-to-be activated metro lines, quick airport access and a nearby mall which increases the value of the location.

Finally, when asked if KITT has contributed to the project's publicity Yurdakul said, "Of course. People pop in our sales office sometimes just to see KITT and take its picture. Believe it or not, there are even some who come from other cities just to take a look at the car."
RELATED TOPICS