Why is Britain's new government keeping quiet about its 40B-euro share in the EU's own bank? 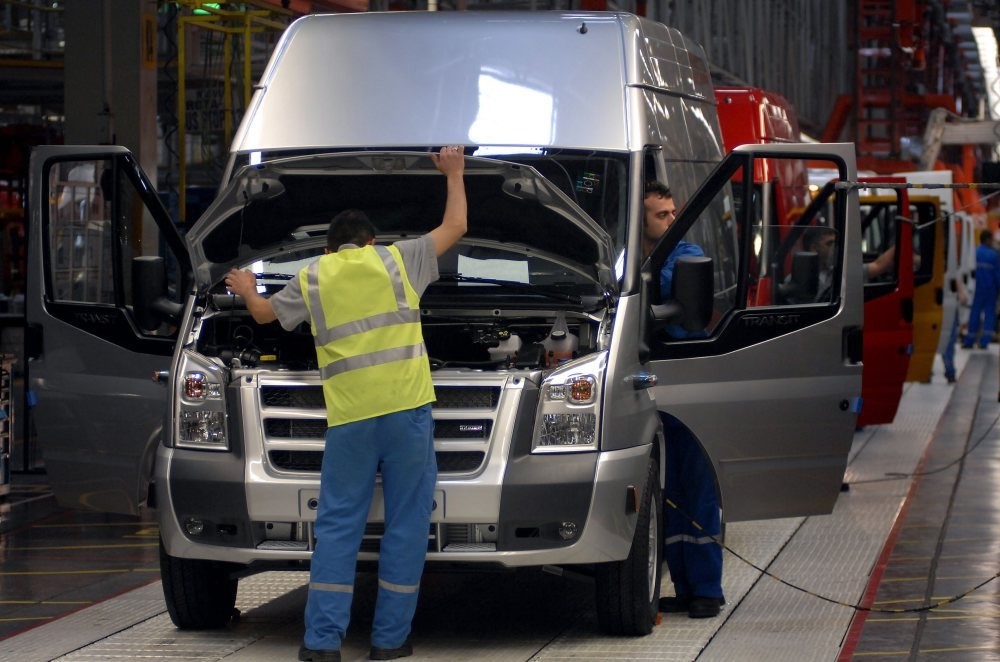 A row between experts and Ford U.K. over EU loans to its competitors outside of the EU has thrown light on Britain's 40 billion euro stake currently in the EU's own "investment" bank - which could go a long way towards helping the country's health service and creating jobs if it were to be sold to another EU country.

This week a spokesman for the European Investment Bank (EIB) told Daily Sabah it couldn't speculate as to whether Britain's 16 percent could be worth 40 billion euros - which it represents on paper - a tidy sum that Theresa May could use for creating jobs, or funding small businesses. "Unlike other international finance institutions there is not a clear overview of how the U.K. shareholding could be valued," Richard Willis told Daily Sabah, adding, "Therefore the paid in capital as below is one figure and the other is simply 1/6 of all EIB assets. We cannot speculate on this."

Post Brexit talks in Brussels have produced a bitter reaction from the European Commission which is likely to argue that Britain needs to sell its stake in the EIB though - yet may well still benefit from loans to British companies.

Although a Brexit won't stop the practice of the EIB giving whacking loans to companies - outside of the EU - that compete with British ones, which experts are warning are still costing British jobs.

Yet Britain leaving the EU would also mean pulling out of the bank which, in theory, could give the chancellor a cheque for its matured equity stake now believed to be worth 40 billion euros - despite only putting in 3 billion euros of its own money since the 70s.

Such a cash injection, some may argue, would have provided the shortfall the U.K. finance minister would have needed to balance the books, helping firms like Ford U.K. compete with its Turkish competitor benefitting from EIB support.

And Britain will need it now that more EIB loans will be given to many foreign firms that U.K. companies will be competing with them.

British car workers jobs at the Ford plant in Dagenham, for example, could be at risk after experts fear that two EIB loans for Ford factories in Turkey threaten to erode Ford U.K.'s profits, costing jobs.

Just recently Daily Sabah learned that the EU pumped 200 million euros of EU money into Ford's new car plant in Turkey, ironically a decision taken with the blessing of the previous U.K. finance minister George Osborne and all within EU rules - the same rules that prevented a cash rescue from the government saving Ford's Southampton plant closing in 2012.

The row has got one MEP railing against the EIB. "British workers are paying for their own jobs to be exported abroad thanks to these EU loans" argues Jane Collins MEP.

Even with the U.K. out of the EU, Britain might still have to pay into the EU budget, raising further questions about EIB loans. But how could it pay into an association that gives soft loans to its competitors?

Mark Littlewood, a former chief press spokesman for the Liberal Democrats and currently the Director General of the Institute of Economic Affairs (IEA) has been calling for a more "level playing field" for all U.K. industries that are affected by EIB loans, threatening British jobs.

"What is absolutely bizarre is that the U.K. is not playing on a level playing field when competitors like these are at an advantage" he said, referring to Turkey's EIB loans.

"Diverting British taxpayer money to this mechanism of international development aid doubling as a political favor of diplomatic reasons (for the EU) is an absolute absurdity," he said, adding, "We need guarantees no more EIB loans to this Turkish Ford plant."

Such calls will be harder to make once the U.K. is out of the EU though.

In November 2012, the European Investment Bank effectively closed down thw Ford Southampton "Transit" factory when the Luxembourg bank gave a new operation in Turkey, making the "Transit" a 100 million euro loan. Today around 70 per cent of U.K.-sold Transit vans are imported into the U.K. from Turkey.

Yet recently, the Turkish Ford factory received a second loan to boost its operation, to the tune of 200 million euro, leading many to assume that it is only a matter of time before Dagenham - and other car plants - are forced to reduce costs due to "competing" with a cheaper Turkish factory.

Dagenham used to produce the popular Transit van, an iconic symbol of both the self-employed builder and bank robberies in the 1970s, crystalized by the cop TV series "The Sweeny" starring John Thaw and Dennis Waterman.

In or out of the EU, Theresa May has a hard task ahead of her negotiating for guarantees as now out of the EU it will be harder to lobby against the practice of EIB loans to competing non British or non EU firms.

British car worker union "Unite the Union" played hard to be reached over the Turkey EIB loan issue and after weeks of requests finally refused to comment.

Its ducking of the issue does not surprise Mr. Littlewood though who is skeptical of its bosses and how they are at odds, generally, with workers' concerns.

"I also share Jane Collins' concerns," said Littlewood, adding, "but if there is any risk of U.K. jobs being at risk because of these kind of EIB loans I would hope local trade union representatives in Dagenham to be up in arms about it and not just one MEP in the European parliament."

However, Ford bosses claim the MEP is confused about the loans. "The EIB loan of 100 million euros granted in June 2012 to modernize production facilities at the Ford Otosan joint venture plant in Turkey is not linked to plans to close the Southampton commercial vehicle manufacturing plant in the U.K. in 2013," a spokesman said in a statement. Ford U.K. also tried to down-play the money being British taxpayer's money even though the U.K. government has a 16 percent stake in the bank. They argue that the EIB borrows money from capital markets at commercial rates.

As for whether Britain could sell or trade in its share of the bank to another EU country - like Germany for example - the situation is still unclear.

"Because the exit of a member state from the EU is unprecedented, it is unclear what would happen to the U.K. government's 16 percent shareholding in the EIB - the same stake as Germany, France and Italy - for which it has paid in capital of 3.3 billion euros since it joined the EU in 1973," said an EIB spokesman.

Could Britain have its cake and eat it, too? Could the government sell its 40 billion pounds stake in the EIB while U.K. firms continue to benefit from commercial loans at the same time? Could it also get assurances that loans will no longer be given to companies whose profits impact directly on U.K. jobs?

"There is simply no roadmap for the process. We would expect that the role of EIB would be one of many issues discussed and covered in lengthy withdrawal negotiations," Richard Willis said recently.

One scenario might be that the EU argues that Britain keeps its stake in the EIB as selling it would certainly weaken the euro and shake the fragile project even more - a scenario that EU leaders are doing everything they can to avoid. Perhaps an unwritten deal has been struck already between London and Brussels for Britain to not sell its stake, which would explain the British press treating it as off limits to write about. In which case, there could be new assurances by Theresa May's Brexit minister that U.K. jobs would no longer be lost due to EIB loans to non EU firms.
Last Update: Oct 15, 2016 5:42 pm
RELATED TOPICS