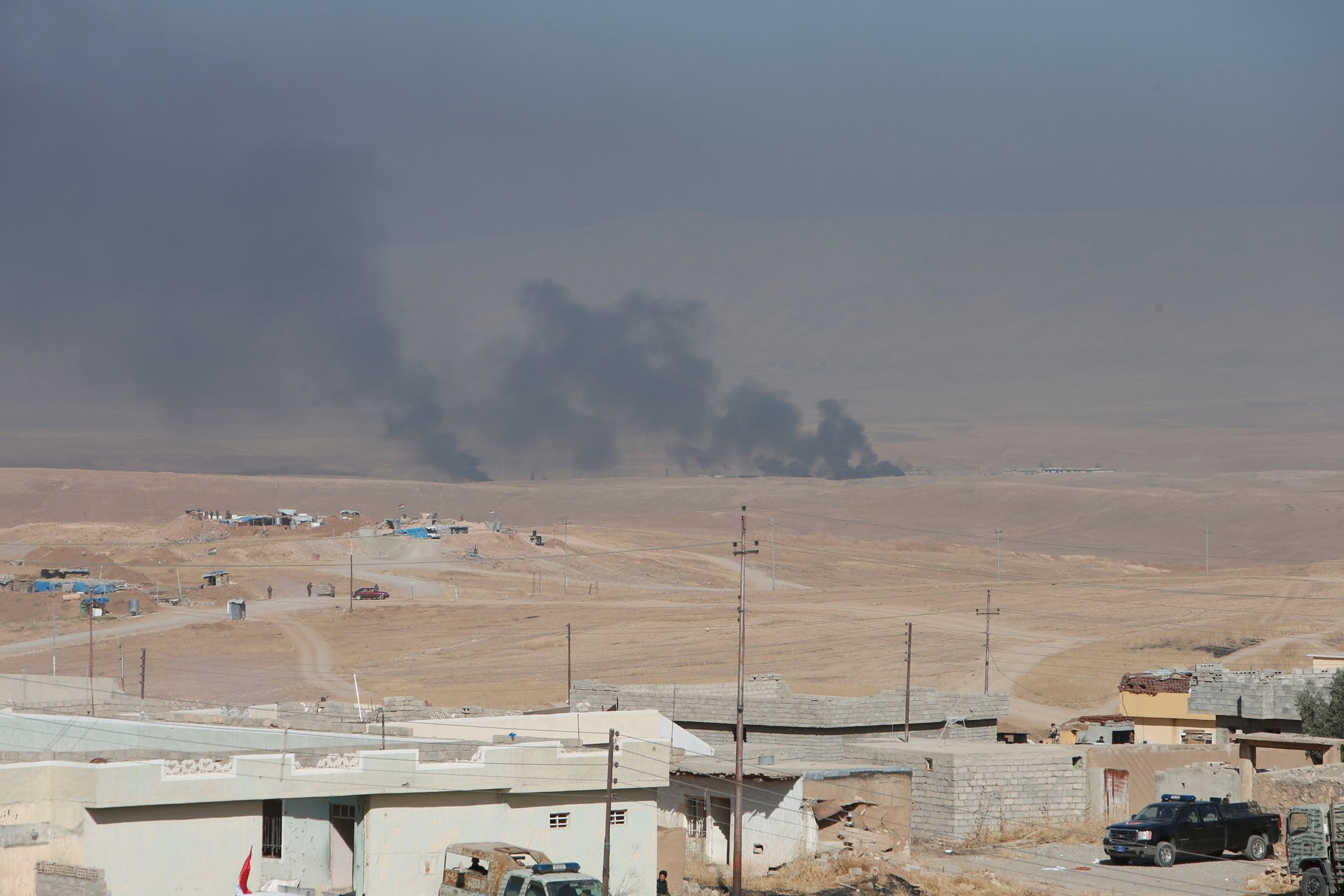 Smoke rises from clashes in the east of Mosul during clashes with Daesh militants in Mosul, Iraq, October 17, 2016. (REUTERS Photo)
by Daily Sabah Oct 17, 2016 12:00 am
Turkish Airlines halted flights to several Iraqi cities on Monday due to the ongoing operation to retake Mosul from Daesh terrorists.

The official Twitter account of the airline said in a tweet that the flights to Najaf, Sulaimaniya and Basra were temporarily suspended due to the Mosul offensive, however all Turkish Airlines flights scheduled to Irbil and Baghdad were to continue as usual.