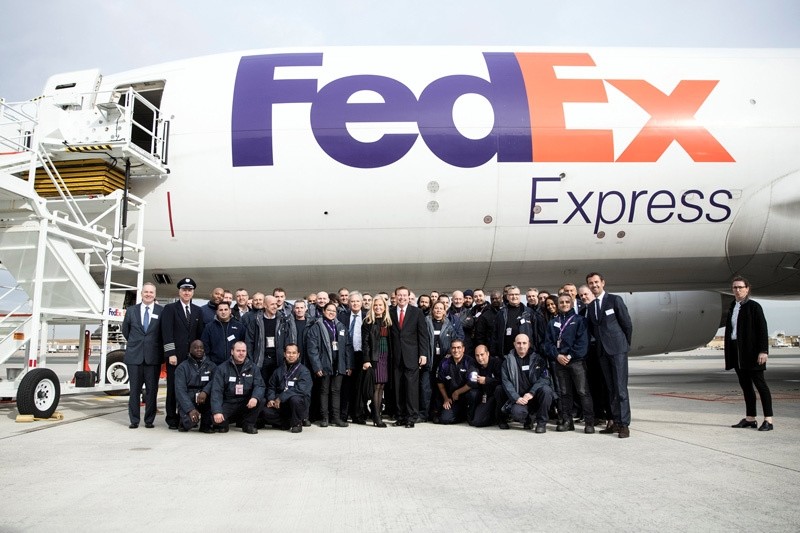 CEO and President of Fedex Express David Bronczek and US ambassador to France Jane Hartley pose with French FedEx workers in Paris, France, October 18, 2016. (REUTERS Photo)
by Oct 18, 2016 12:00 am

The investment is aimed at expanding the U.S. company's site at France's Charles de Gaulle airport, one of its biggest hubs, by 40 per cent. FedEx operates two smaller European hubs, at the Cologne-Bonn airport in Germany and in Liege, Belgium.

"It was of key strategic importance for us to strengthen our European presence," Europe head David Binks told dpa.

The company already took over Dutch rival TNT in May, becoming one of the largest packet delivery enterprises in Europe.

"Not only do we see Europe as a market full of opportunities, it is the biggest exporter to regions all around the world," Binks said. The expansion is scheduled to finish in 2019.

The U.S.-based company is setting itself up to compete with Germany's DHL. FedEx currently employs some 2,500 people in Paris and more than 2,000 in Germany.