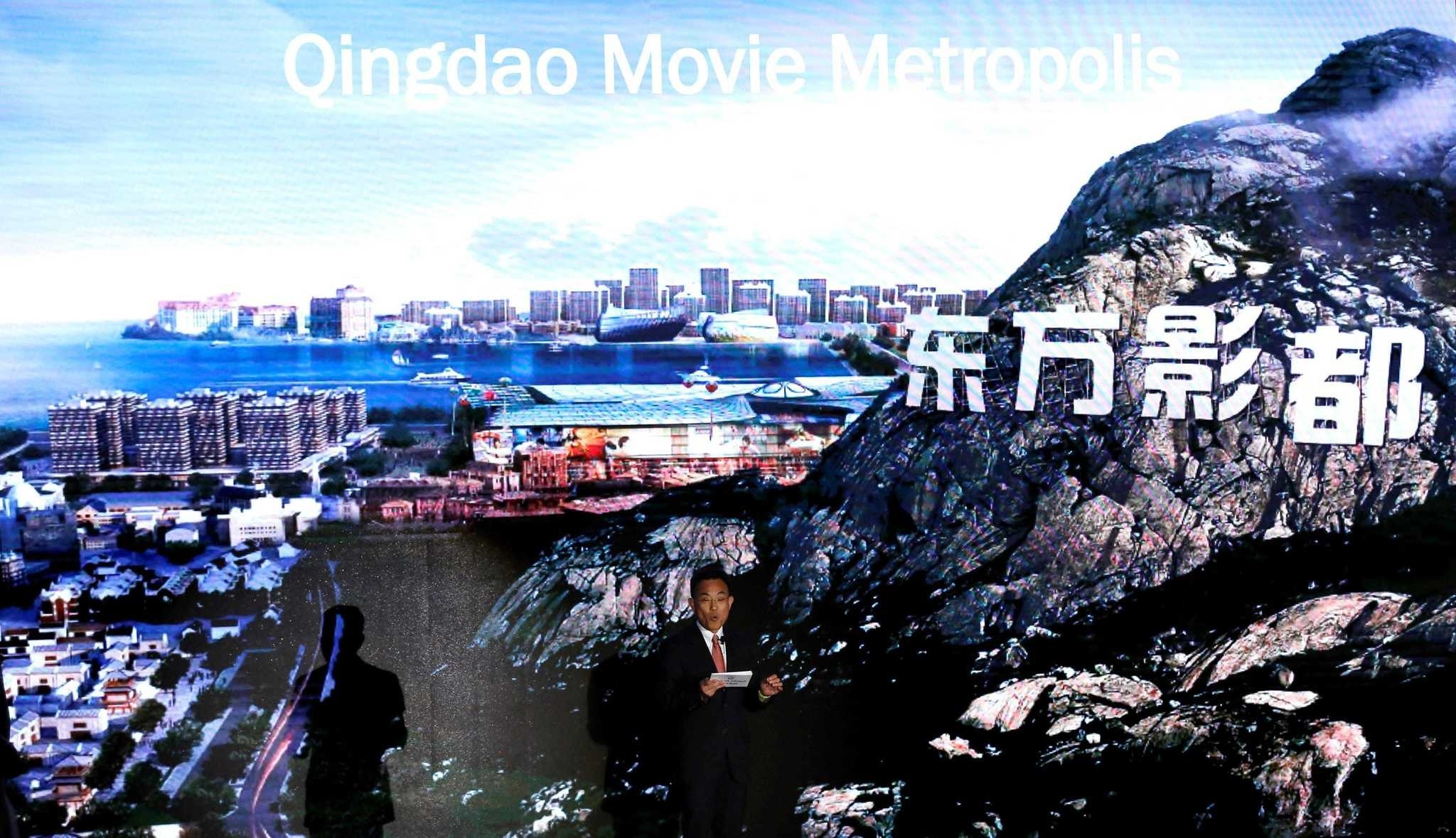 China's Dalian Wanda will give foreign movie and TV firms 40 percent discounts to film at their $8 billion new studio, Qingdao Movie Metropolis, which is scheduled for completion in 2018

Chinese entertainment giant Wanda is offering producers a rebate of 40 percent to promote its upcoming $8 billion movie studio in eastern China in an ambitious bid to establish the complex as a major production base in Asia. The 408-acre (165-hectare) Qingdao Movie Metropolis is due to open in the port city in August 2018. Not just a movie studio, it is slated to include four indoor theme parks and even international schools to encourage foreign filmmakers to live there with their families. In an announcement Monday in Los Angeles, Wanda said the next installments of "Pacific Rim" and "Godzilla," made by Wanda-owned Legendary Entertainment, would be filmed in Qingdao, as well as unspecified films by Lionsgate.

Wanda said it and the Qingdao city government had established a film and TV industry development fund to enable Chinese and international producers to receive a rebate of 40 percent of their Qingdao production expenses.

The announcement is the latest by Wanda to promote its growing entertainment brand on the global stage, even as U.S. lawmakers raise concerns about the company's investment in Hollywood. Wanda already owns U.S. cinema chain AMC Theaters and bought Legendary Entertainment for $3.5 billion in January. It has said it will invest in multiple Sony Pictures productions, and strive to highlight China in those films.

Last month, a group of U.S. lawmakers called for closer scrutiny of Chinese investment such as Wanda's in the entertainment industry, concerned those moves could limit creative freedom or promote Chinese propaganda. Originally a property and cinema giant, Wanda has also expanded into sports, becoming a top-tier sponsor of FIFA and acquiring a 20 percent stake in Spanish football team Atletico Madrid.
RELATED TOPICS