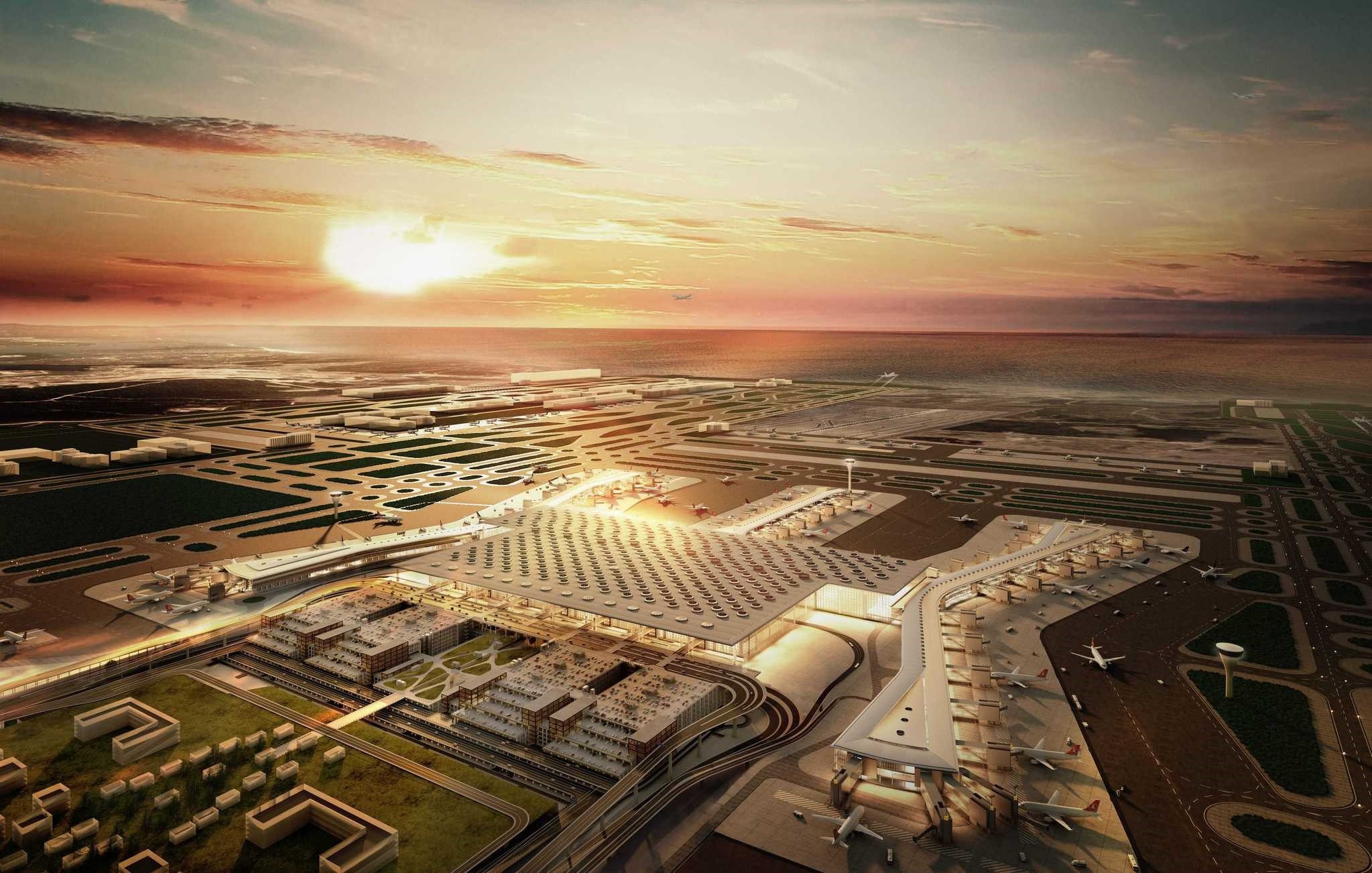 Istanbul's new airport is now seeking companies to start leasing spaces to in the first terminal building, which is planned to open Feb. 26, 2018 to serve 90 million passengers annually

The Istanbul Grand Airport (IGA) company announced that space leasing processes have started for companies that want to form part of the Istanbul New Airport.While 128 airlines currently fly to 276 destinations in 110 countries from Istanbul's Atatürk International Airport, the third airport will double this number, hosting 250 airlines when completed. IGA will determine rental values per square meter based on the latest public-private cooperation wage scale issued by the General Directorate of State Airports Authority (DHMİ) before the Istanbul New Airport opens. The fee schedule will become official after receiving approval from the DHMİ.

IGA has sent invitations to more than 60 airlines and airline service companies to submit their request forms by Nov. 18. The first terminal building, currently under construction on an area of 1.3 million square meters, will have capacity for 90 million passengers annually, and will eventually manage to host 110 million more. This is compared to Atatürk Airport, which currently serves over 60 million passengers on an annual basis with a terminal building of about 400,000 square meters. The first stage of the new airport is planned to open on Feb. 26, 2018.

IGA Executive Chairman Hüseyin Keskin said that the company will offer an utterly different passenger and aviation experience in Turkey soon after the airport comes into operation, adding, "The trouble-fee progress of activities, from passenger to cargo services, and from hospitality services to duty-free spots, is crucial for us. With respect to square-meter rental fees, we abide by the fee schedule determined by DHMİ which is one of the most important architects of Turkey's aviation potential and it becoming a leading country in the aviation industry in the future."IGA's invitation for airline companies to make applications attracted great interest, according to Keskin, showing that airlines which already have operations in Turkey want to strengthen their presence, while new companies eye opportunities to offer services to passengers in the country. Keskin stated, "The IGA family are happy to give them this opportunity, make Turkey an important aviation hub and contribute to its competitive environment through this giant airport project."

IGA, which was founded to carry out the construction work and operate the airport for 25 years, shared the latest aerial images of the number 1 runway through its social media accounts. Bulky planes like Airbus A380s and Boeing 747s can easily land and take off from the 3,750-meter-long and 60-meter-wide runway.

Being constructed on an area of 76.5 million square meters, which is 35 kilometers from the city center, the airport project consists of four stages with different designs. The first phase of the project's first stage consists of two detached parallel runways 1,700 meters apart, two attached runways and a main terminal building that is capable of serving 90 million passengers.

Following the finalization of construction work on the second phase of the first stage, the third detached parallel runway will come into service. When all phases are completed, the airport will be able to host 200 million passengers a year, as well as providing flights to more than 350 destinations and serving more than 150 airlines. The airport will provide 100,000 new jobs on its own and 1.5 million through secondary sectors. The 1.4 million-square-meter Cargo City within the airport's customs zone will include 300 cargo agency offices, on which the book-building process has already begun. There are three different price categories for 300 offices varying in size between 13 and 19 square meters.
RELATED TOPICS