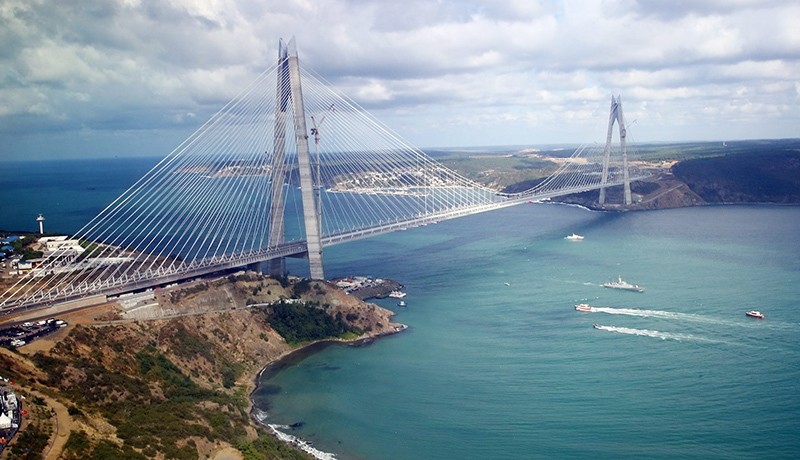 Turkey earned 905.2 million Turkish liras ($295.5 million) from the tolls at two bridges over the Istanbul Strait and toll roads in the first nine months of 2016, according to the country's highway department.

The July 15 Martyrs' Bridge and the Fatih Sultan Mehmet Bridge, both spanning the Bosphorus and connecting Europe and Asia, together yielded 221.9 million TL ($72.5 million), while Turkey's toll highways earned 683.2 million Turkish liras ($223 million), according to data released Friday by the Turkish Highways Directorate.

The figures indicate that 317 million vehicles paid tolls to use the facilities in the same period. Drivers in Turkey pay 4.75 Turkish liras ($1.56) for the bridge tolls, with higher fees for vehicles with more than two axles.