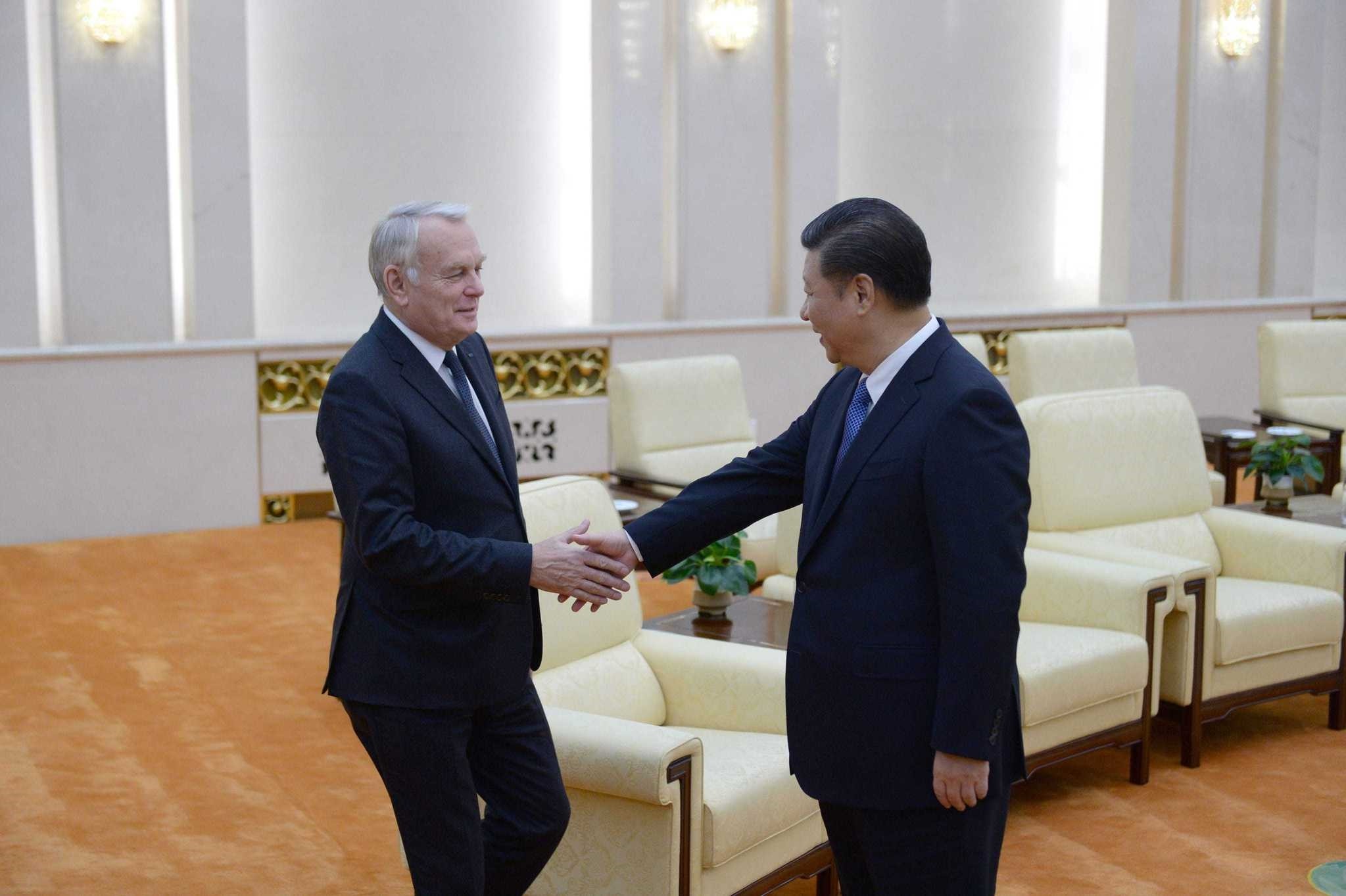 Chinese President Xi Jinping (R) shakes hands with French Foreign Minister Jean-Marc Ayrault ahead of their meeting at the Great Hall of the People in Beijing. The French foreign minister is on an official visit to China.
by Nov 01, 2016 12:00 am
France and China will set up a fund for joint investment in overseas projects, France's foreign minister said Monday, as China's voracious appetite for overseas acquisitions continues to grow despite some recent stumbles in overseas markets.

"Hinkley Point is a very good example of what we're going to do together, to win contracts in third markets and in all sectors" Jean-Marc Ayrault told reporters at a joint briefing with China's foreign minister Wang Yi in Beijing. He was referring to a $24-billion Franco-Chinese project to build Britain's first nuclear power plant station in decades. "It's a model that we support everywhere, including in Africa and Asia," he said. The new joint fund will be set up soon, he said, without giving further details.

As part of the agreement, EDF will help CGN gain a license to build its own nuclear reactor, Hualong, in Britain, whose nuclear regulatory regime is seen as one of the most stringent in the world. China is keen to establish itself as an exporter of nuclear expertise so successfully building a plant in Britain will open the door to other markets.

Business groups and Western officials have pointed out that restrictions on foreign companies in Chinese industries, such as financial services, healthcare and logistics, are often far greater than what Chinese firms face abroad. But Wang told the briefing China welcomes foreign companies' investment in China and defended his country's investment environment, noting it is a developing country and its foreign investment regime cannot be held to the same standard as developed countries.

"If you look at the speed and the extent to which China has opened up compared to other developing countries, it's one of the leaders, and may even be faster than some developed countries," Wang said. "Of course, we are aware that China's investment environment needs to improve. What I want to emphasise is China will become more and more open and our investment environment will become better and better."