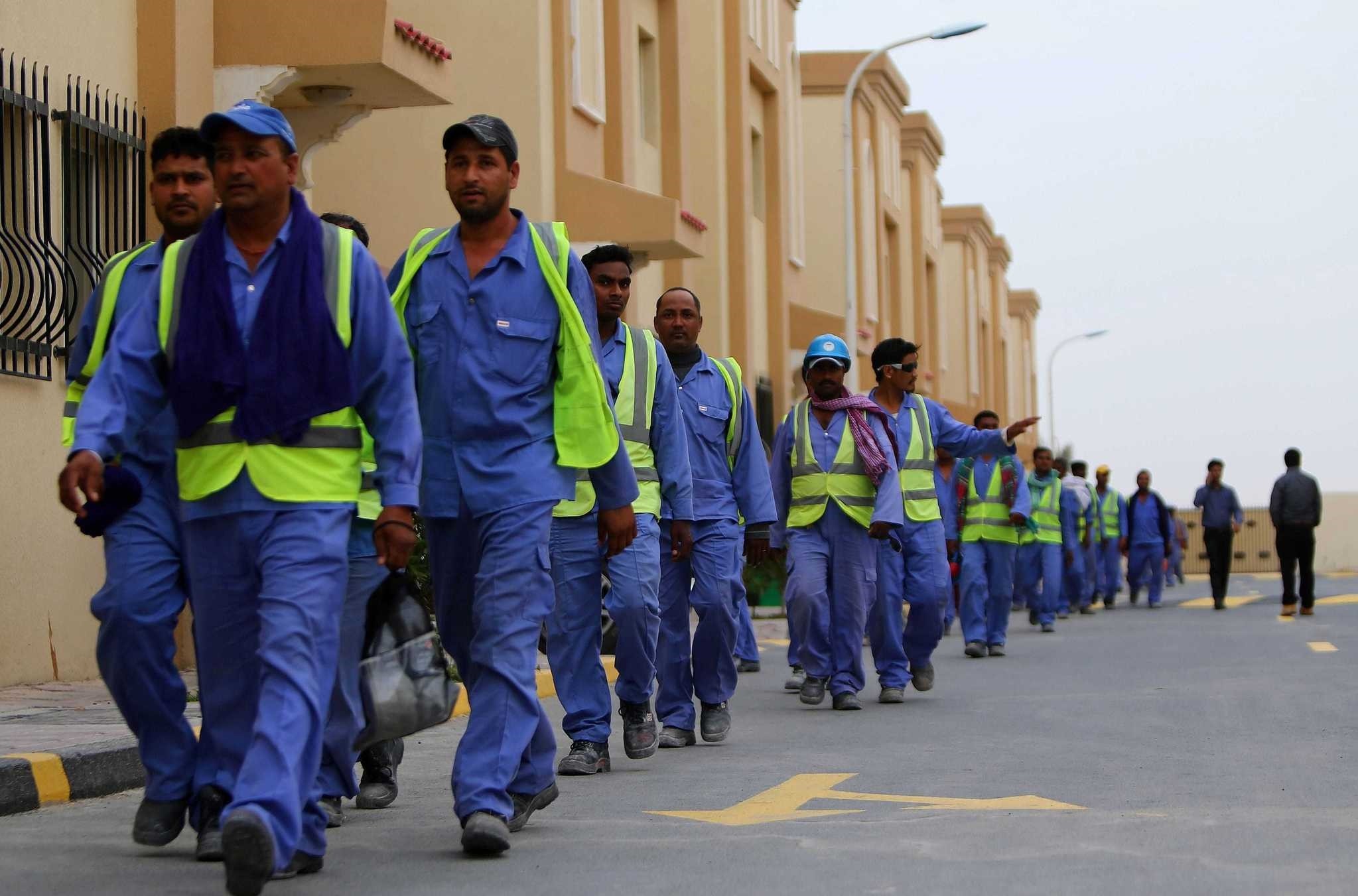 Foreign laborers work at the construction site of the al-Wakrah football stadium, one of Qataru2019s 2022 World Cup stadiums.
by Nov 03, 2016 12:00 am
Qatar said it expects "100 percent compliance" from businesses by the end of 2016 with a labor reform designed to ensure the country's vast migrant workforce receive their salaries on time. Government figures released in Doha yesterday to mark the one-year anniversary of the introduction of the Wage Protection System (WPS) show that 1.8 million - around 85 percent - of Qatar's 2.1 million workforce are now paid electronically. That works out at around 37,000 companies. But a senior labor ministry official told AFP that all companies will sign up to the scheme by the end of December.

"Our aim is to have 100 percent compliance by the end of the year," said Mohamed Ali Al-Meer, the director of Qatar's labor inspection department.

"We have a commitment from the [remaining] 15 percent, we have contacted them."

The WPS was introduced on Nov. 2 last year by the 2022 football World Cup host in an attempt to improve labor conditions. Failure to pay salaries on time, especially for low-waged blue collar workers, was one of the biggest complaints voiced by rights groups against companies in the energy-rich Gulf state.

Bosses of companies who do not pay their staff on time face fines of up to 6,000 Qatari Riyals ($1,650, 1,490 euros) for every worker who did not receive their salary, and up to one month in jail, under the WPS.

Labor officials said 385 violations had been issued against companies still not paying workers on time in the past 12 months, though it was unclear whether any bosses had been imprisoned. The government received 2,676 worker complaints in the first half of 2016 compared to 3,845 for the same period in 2015, representing a 30.4 percent decrease, the statement added.
RELATED TOPICS