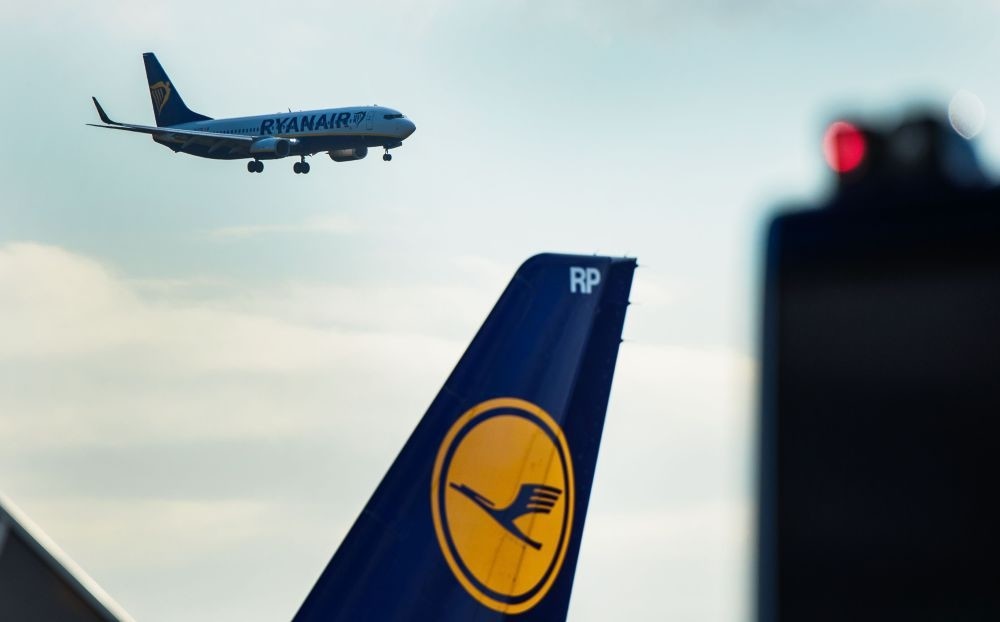 by French Press Agency - AFP Nov 08, 2016 12:00 am
Ireland's budget airline Ryanair said yesterday that first-half profits were hit by the slumping pound following Britain's June vote to leave the European Union. Net profits, or earnings after taxation, stood at 1.2 billion euros in the six months to the end of September, Ryanair said in a results statement. That marked a seven percent increase from 1.1 billion euros in 2015, but was a major slowdown from the 37-percent year-on-year jump seen in the first half of 2014. Ryanair chief executive Michael O'Leary said that it had faced "difficult market conditions" that included "the adverse economic impact of the Brexit vote in June which saw sterling weaken materially over the peak summer period".

The pound's Brexit-driven slump is reducing the amount Ryanair earns from its key British market once the currency is converted into euros - the unit of Ireland and which the Dublin-based airline uses to price its earnings.

O'Leary noted however that the firm had put in a "creditable performance" in the first half as it had also faced the ongoing impact of air traffic control strikes and terror attacks. Revenues advanced two percent to 4.1 billion euros but the airline cautioned Brexit would loom over its performance during its upcoming 2017/2018 financial year.

"The uncertainty over Brexit, and the final outcome of the UK's departure negotiations with the European Union, will continue to overhang our business," it added.

"We expect to see weaker sterling and slower economic growth in both the U.K. and Europe."

Ryanair had already warned in late June that it would seek to "pivot" growth away from British airports and focus more on EU hubs over the next two years due to Brexit uncertainty.

"We have responded by reducing our planned U.K. growth in 2017 from 12 percent to approximately 5 percent, and switched this capacity to accelerate growth in markets such as Italy, Germany and other markets such as Belgium. "We hope that the U.K. will remain a member of Europe's 'Open Skies' system, but until the final outcome of Brexit has been determined, we will continue to adapt to changing circumstances in the best interests of our customers, our people and our shareholders."

Britain's airlines face uncertainty on the horizon, having soared under the EU's Single European Sky system over the last two decades. Among the mass of agreements that Britain will now have to renegotiate with Brussels are those governing flights between Britain and the rest of the EU.
RELATED TOPICS