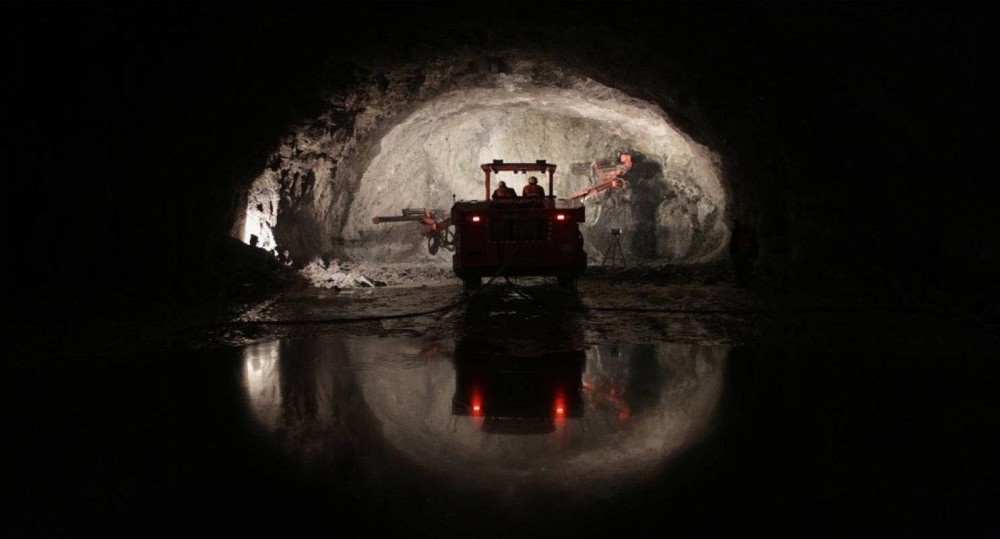 A 136-year-old dream of locals in Turkey's Rize province has come true as light is seen at the end of the Mount Ovit Tunnel. The tunnel is expected to ease the life of people in the region while contributing to trade

With the dual-drilling projects at Mount Ovit Tunnel between Turkey's Rize and Erzurum completed, a 136-year-old dream of the locals has been realized at long last. Marking the occasion, Prime Minister Binali Yıldırım on Friday attended a ceremony titled "Light at the End of the Tunnel."

The highway tunnel will connect Rize's İkizdere district and Erzurum's İspir district in northeastern Turkey and is expected to reinvigorate the historic Silk Road. Once finished, the 14.3-kilometer structure is going to be the longest highway tunnel in Turkey.

Following the completion of the excavation work at an altitude of 2,640 meter, businessmen in the region focused on the tunnel's potential contributions to trade. Cemal Şengel, chairman at Eastern Anatolian Exporters' Association (DAİB), told Anadolu Agency (AA) that Mount Ovit Tunnel will be the most important route connecting eastern Turkey to ports. In reference to the significance of the Baku-Tbilisi-Kars high-speed railway project, Şengel said when connected to other road projects the tunnel will help an uninterrupted link between the Silk Road and the Ural Mountains. Underscoring that logistics is the most important factor in trade he said the completion of this logistical network will help revive Erzurum and realize its full potential.

Şengel further added the projects will make Erzurum a warehouse and storage hub, as Mount Ovit Tunnel, connected to ports, will facilitate freight shipment to neighboring countries. Defining the tunnel as an important investment for the developing region, Şengel noted that they have always supported such investments.

He extended his thanks to the government for the project, saying the tunnel, coupled with the Baku–Tbilisi–Kars high-speed railway project, will make the historic Silk Road more advantageous than ever.

"As the people of this region, now we need to build the infrastructure for such investments, including logistical warehouses and storages."

According to Şengel, a state sponsored "freight village" is being built on Erzurum's Mount Palandöken. This will enable Erzurum to gain the status of being the heart of the east. The will also contribute to the development of tourism, he said

Meanwhile, Erzurum Chamber of Commerce and Industry (ETSO) Chairman Lütfü Yücelik said that transport projects launched in the recent years will boost trade volume both in the city and throughout the region.

According to Yücelik, especially after Mount Ovit and Mount Kop tunnels are completed, Eastern Anatolia and Erzurum will get connected to foreign markets through ports.

"As long as we can produce export commodities, and fully take advantage of these projects, the region will have no problems with immigration and employment and will be an attractive business center," he said.

He as well pointed out the introduction of the Palandöken freight village, and hoped, once integrated into these projects it will further increase Erzurum's logistical importance.Yücelik claiming the Mount Ovit and Mount Kop tunnels were two crucial projects for the development of trade, said, "We hope Erzurum will regain its status as an important trade hub like it was in the old days, thanks to these major transport projects."

The tunnel, which will connect Rize to Eastern Anatolia, is 14,300 meters long, including a cover avalanche tunnel of 1,369 meters. The entrance grade of the tunnel will be 1,919 meters, exit grade will be 2,236 meters, and the inside slope of the tunnel will be 2.13 percent. A 1,710-meter approach tunnel with a 15-percent slope is being constructed for the ventilation of the tunnel, which is being built as twin tubes and will cost TL 800 million. With the launching of the tunnel, transportation between the Black Sea and Eastern Anatolia, which is adversely affected by heavy snow and dangers of avalanche, will be uninterrupted and safe in winter. With its completion, the 250-kilometer Rize-Erzurum highway will be reduced to just 200 kilometers.
RELATED TOPICS