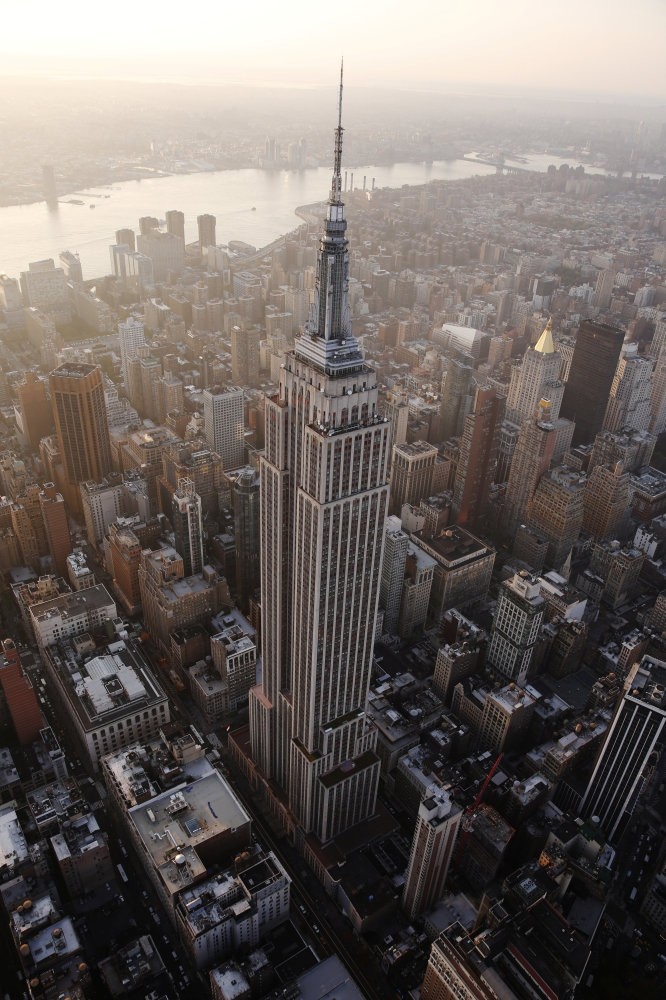 The Empire State Building stands over the Manhattan borough of New York.
by Daily Sabah with Wires Nov 22, 2016 12:00 am
The Turkish Trade Center, a project under the scope of the Turkish Exporters Assembly (TİM), is now being taken to New York as Turkish exporters consider renting a floor of New York's Empire State building.

After the Turkish exporters established two similar centers in Tehran and Dubai, they set their eyes on the famous Empire State building in New York City.

In collaboration with Turkey's Economy Ministry, the assembly is considering three other buildings on Madison Avenue in New York City as potential headquarters for the Turkish Trade Center office.

Representing the project for the ready-made garment sector, Istanbul Apparel Exporters' Association (İHKİB ) Chairman Hikmet Tanrıverdi announced that the Empire State Building seems to be the strongest contender among the four buildings due to its prestigious image, saying that plans to rent the 14th floor of the Empire State Building, which covers an area of 4,000 square meters, will include an allocated 1,000-square-meter space for apparel exporters.The chairman said that the Turkish Trade Center is expected to be open by September 2017 if everything goes as planned.

The Turkish Trade Centers offers a great advantage to exporters in terms of rent and Tanrıverdi stressed that the joint venture with the Ministry makes it possible for Turkey's İHKİB to rent a portion of the proposed floor in the Empire State Building. "These initiatives are supported by the Turkish government so firms only pay between $500 and $1,000 for a 30-to-50 square-meter area," the chairman noted.

Tanrıverdi said that they will makes announcements for interested firms for the trade center in New York and in this project, they aim to include 20 firms from the apparels sector.The center will also include sectors exporting to the U.S. and possessing potential for growth in this market, such as chemicals and home textiles.

Set to be opened in Tehran prior to New York, another Turkish Trade Center is expected to be operational next May, with some a 4,000 square meters for the next five years, TIM will involve some 60 firms from apparel, home textiles, shoes, leather, air-conditioning and automotive sectors. TİM Chairman Mehmet Büyükekşi said the next center set to be opened is in Dubai.

Turkish Trade Centers are also slated to be opened in important business locations around the world, including China, Japan and European countries next in their plans after Dubai and the U.S.

Apart from New York, which is one of the world's most important commercial centers, Miami and Los Angeles are among the other target cities in the country for the trade centers.
RELATED TOPICS