Bill for Japan's Fukushima cleanup to double to $201B 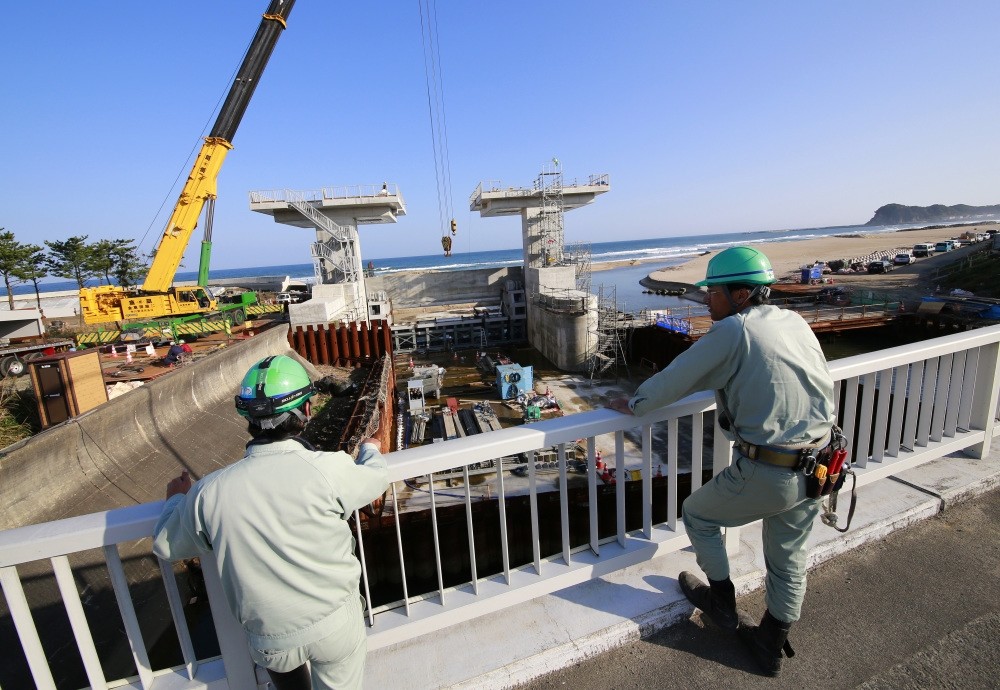 Workers look at a floodgate under construction after a tsunami warning was lifted, in Iwaki, Fukushima prefecture.
by Dec 01, 2016 12:00 am
Japan's Fukushima nuclear disaster in 2011 is likely to cost 22.6 trillion yen ($201 billion), slightly more than double a previous estimate, according to a source involved in government discussions on the issue.

In 2013, Japan's industry ministry estimated the disaster would cost about 11 trillion yen ($97.9 billion), including compensation to those forced to flee their homes or who lost their livelihoods, radiation decontamination and for decommissioning the wrecked Fukushima Daiichi nuclear plant. Three reactors melted down at the plant after a magnitude 9 earthquake in March 2011, which caused a tsunami that devastated a large section of Japan's northeastern coastline.

About 19,000 people were killed in the disaster, which also caused a loss of power and cooling at the Tokyo Electric Power, known as Tepco, plant at Fukushima north of Tokyo. The meltdowns caused explosions and a huge release of radiation that forced the evacuation of 160,000 people, many of them never to return. The estimated cost of decommissioning the Fukushima plant has risen four-fold to 8.2 trillion yen ($73 billion), according to the source, who has seen documents from the Ministry of Economy, Trade and Industry outlining the latest estimate. The ministry is in the middle of deliberations over how to resolve the crisis as Tepco struggles with the clean-up, including how much the disaster is likely to cost and who should pay for it. The clean-up is expected to take decades.