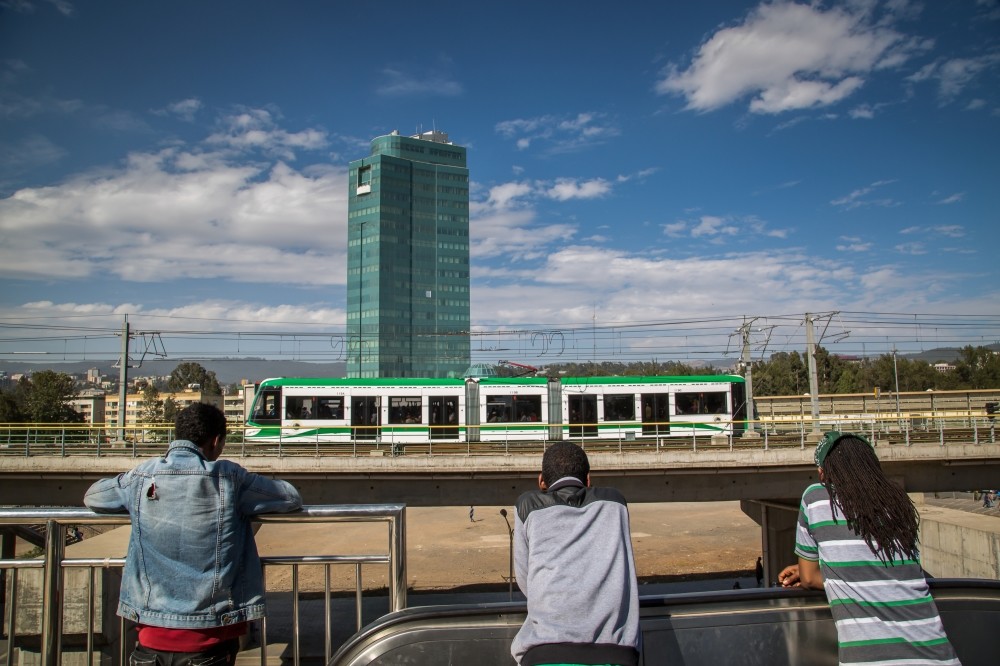 Addis Ababa is a winner of the C40 Awards 2016 for its efforts to tackle climate change in the Transportation Category.
by Dec 03, 2016 12:00 am
The world's big cities will need $375 billion of investment to curb climate change, a large gathering of mayors heard in Mexico on Thursday.

"It is a lot, but there is no other option. Together we will seek that money," said the new president of the C40 network of big cities, Paris Mayor Anne Hidalgo. If that amount is made available "humanity will have a chance of surviving," she told a gathering of C40 mayors in Mexico. The mayors were meeting to plot strategy in the face of climate skepticism from U.S. President-elect Donald Trump. They said they planned to make commitments to reduce harmful emissions by promoting cycling in cities and renewable energy, among other measures.

In one such initiative, the mayors of Paris, Mexico City and Madrid said in a statement Thursday they had committed to ridding their cities of diesel engines by 2025 to improve air quality.

As leaders of busy, polluted cities that are home to millions of people, the mayors gathered in Mexico City want countries to push on with adopting the so-called Paris Agreement to limit harmful emissions. Trump has cast doubt on the accord, which aims to limit global warming to two degrees Celsius above pre-industrial levels.

The Republican billionaire has in the past vowed to tear up international climate agreements, though he said in an interview last week that he has an "open mind" about supporting them. He had previously said global warming was a "hoax" invented by the Chinese and not scientifically proven. The C40 group's 85 cities include London, New York, Vancouver, Hong Kong and Seoul.

Los Angeles Mayor Eric Garcetti told the gathering that 38 U.S. cities had sent a letter to Trump to tell him they would push ahead with their efforts against climate change.

C40 executive director Mark Watts said in an analysis unveiled Thursday that the world's big cities must collectively cut their carbon footprint by nearly half within a decade if the 196-nation Paris Agreement is to be met. With only one degree Celsius of warming so far, the world has already seen an upsurge in extreme weather, including droughts, superstorms, heat waves and coastal flooding boosted by rising seas.
RELATED TOPICS