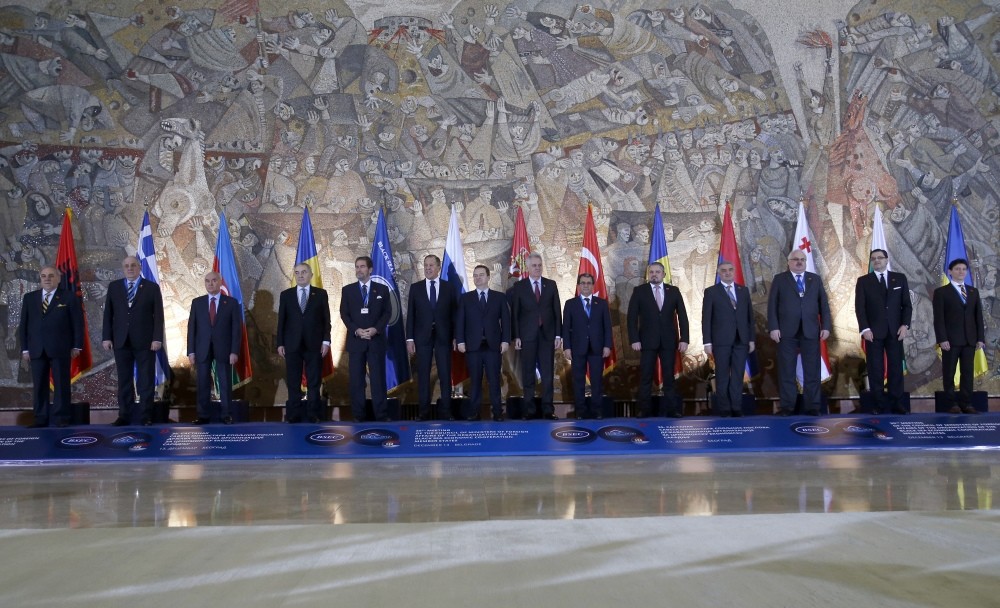 The atmosphere of discontent which has blustered even harder in countries such as Italy, France, the Netherlands and Greece following the U.K.'s exit from the EU is now reinforcing the perception that the EU has lost its "old charm." Furthermore, as Turkey is left reeling from the failed July 15 coup attempt without the desired support from EU authorities, a search for alternatives to the EU has come to fore in Turkey's agenda once again - and for justifiable reasons.

The first of these options was the membership issue to the Shanghai Cooperation Organization (SCO), which made headlines with the statements of President Recep Tayyip Erdoğan. However, the SCO's organizational structure, which prioritizes political alliance between the member states rather than the economic partnership, raises a question regarding the commercial advantages it will yield.

Another field of opportunity that Turkey can address at this point, which has not yet been brought to the agenda, is the Black Sea Economic Cooperation Organization (BSEC) with an economic volume of approximately $4.5 trillion.

The BSEC is not yet comparable with the EU in terms of its economic size, but has succeeded in developing an effective structure similar to the EU model for about 25 years since its establishment. While Turkey, which has taken leadership status in the establishment and development of the organization since the beginning, can pass on its experiences it gained from the negotiation process with the EU to the BSEC, while Greece, Bulgaria, and Romania can also contribute to the organization as both EU and BSEC members.

Economic integration among the BSEC member countries can be depicted as another success story. While Turkish businesspeople have realized many important commercial enterprises in member country, Greece's investments, for example, have also been of great importance in Turkey's privatization process.

The giant energy projects between Russia and Turkey have gained momentum again with the normalization process and are expected to further encourage the cooperation within the framework of the BSEC, which spans over 20 million square kilometers and has a population of 330 million people in its 12 member countries.

The Black Sea Ring Highway (BSRH), works on which started in 2011 and is expected to be completed in 2020, is one of the most important projects carried out under the scope of the BSEC. While the construction of Turkey's Black Sea coastline was completed about 10 years ago, its Russian section was completed before the Sochi 2014 Winter Olympics.

Supported by the European Bank of Reconstruction and Development (EBRD), the project is almost completed except some parts in the northern and western regions of the Black Sea and its Georgian section. It is also possible to accelerate the construction period in the said regions if the economic acquisitions to be earned upon the completion of the project are utilized in a better way.

Steps regarding tourism and travel taken by the BSEC countries, which attract about 12 percent of the annual world tourist volume meaning that they are visited by about 120 million tourists a year, can also increase the region's potential and the Black Sea's crucial role in maritime transport.

TURKEY AND RUSSIA ON THE STAGE

Thanks to the strong support provided by Turkey and Russia, two most important actors in the region, the BSEC has reached a more commercially attractive position, in terms of the surrounding countries. Now, more than ever, the level cooperation inside the BSEC is sure to increase, serving as a bridge for important energy resources in the Caspian Sea and Russia while having the potential to create new and sustainable opportunities.

Provided that the entities such as Small and Medium Enterprises (SMEs) Working Group and Black Sea Trade and Development Bank, which operate under the organization with strong production and population potential in countries such as Turkey, are supported by strong members of the organization, the BSEC will also accelerate the development and growth in the countries of the region.

With the support of two G-20 members Turkey and Russia, two global economic powers surrounded by the EU in the west and Caspian energy sources in the east, the BSEC can easily become a more important "leverage" for Turkey given the environment where cold winds from EU blow from time to time.
Last Update: Dec 15, 2016 1:03 am
RELATED TOPICS