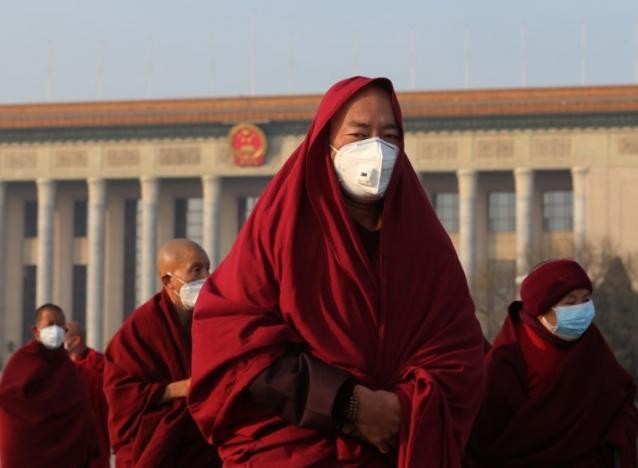 While the economic slowdown and a fall in commodity prices have done the most damage to China's lumbering state-owned enterprises, Beijing orders state firms to break from providing social welfare

China has ordered state firms to smash the decades-old system of providing cradle-to-grave welfare support, known as the country's "iron rice bowl". But the order, part of a plan to reduce financial pressure on bloated and heavily indebted state-owned enterprises (SOEs), is likely to be easier said than done as cities navigate the social and financial wrenches the changes will cause. At the heart of soot-covered Pingdingshan in central China is the Pingmei Shenma Group, a state coal conglomerate that dominates the economy, society and air of the heavily polluted city in Henan province. Apart from coal, it has chemicals and construction businesses. But it also has a startling number of other responsibilities. It operates 41 hospitals and 18 schools and provides pensions, subsidised housing for workers, water, heating and power. It even runs a plush retirement home, complete with golf course, for its senior managers. The fate of these facilities, landmarks for the city's residents, is now unclear. If they are not closed down, much of the infrastructure will need to be renovated, which State Council researchers estimate will cost more than 1 trillion yuan ($115 billion) nationwide. Some of Pingdingshan's hospitals already had fewer miners to treat after capacity cuts in coal production.

"We can only try to provide better services," a doctor, who only wanted to be identified by his surname Li, said at a small outpatient clinic near Pingmei Shenma's defunct Number Seven coal mine.

Beijing has given SOEs until 2020 to ditch their "social functions". For Pingdingshan, the deadline is more imminent because Henan wants to complete the process by the end of 2017 under a pilot project, putting it in the spotlight not only of Beijing but also other provinces facing similar challenges. While state firms in wealthier regions of the country moved away from paying for social welfare services some years ago, poorer provinces and especially one-company towns like Pingdingshan struggled to make the switch given the central role their SOE played.

"Removing social functions and resolving the problems left behind by history is an important condition for SOEs to become market entities," Xiao Yaping, head of the State-Owned Assets Supervision and Administration Commission, said on the institution's website.

China's SOEs accumulated total debts of 85.3 trillion yuan by the end of September, in a credit splurge encouraged by Beijing following the global financial crisis. Executives have repeatedly called on Beijing to help reduce their costs. China's central government-administered SOEs run around 8,000 units providing community services, and the efforts to ditch them could also increase a firm's redundancy and labour redeployment costs, especially as authorities try to limit unrest in regions already hit by an economic downturn.

They spend 850 billion yuan a year on schools, pensions and other "social functions". Local government-run firms pay even more, a delegate to China's parliament said in March.

While the economic slowdown and a fall in commodity prices have done the most damage to China's lumbering SOEs, expensive "social functions" have also contributed to punishing losses in recent years. China's "iron rice bowl" system was launched in 1951. Many state-owned firms began life as government bureaus and frequently acted as microstates responsible for the entire social infrastructure of a region.

The first cracks appeared in 1986 when a rapidly modernising China introduced new pension schemes and put an end to permanent tenure at state firms. By 1995 it was calling for the systematic transfer of "social functions" in preparation for radical SOE reforms that closed thousands of bankrupt firms and led to more than 20 million layoffs. Poorer provinces struggled to make the switch, especially in remote mining regions where the SOE was the only source of political authority.