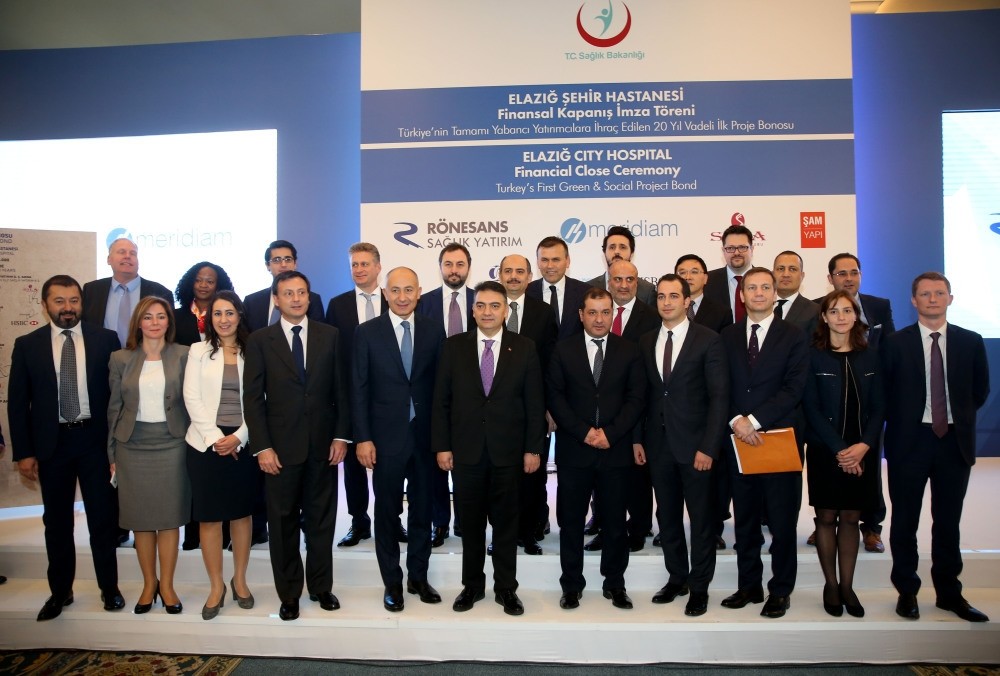 Ru00f6nesans Healthcare Investment in partnership with the Meridiam Group signed a deal on Tuesday for funding Elazu0131u011f Integrated Health Campus project through a credit program developed in collaboration with EBRD.
by Daily Sabah with AA Dec 22, 2016 12:00 am
The final deal for funding the Elazığ Integrated Health Campus Project, to be built by Renaissance Healthcare Investment in partnership with the Meridiam Group, has been signed on Tuesday in a ceremony attended by company officials, the European Bank of Reconstruction and Development (EBRD) and other parties.

The project, in the eastern Anatolian city of Elazığ, includes an integrated health campus with a total capacity of 1,038 beds from two hospitals and one clinic, according to the project website.

The project is supported with a new scheme by the European bank with an interim liquidity loan worth 89 million euros to reduce construction and operation risks and an insurance scheme by the World Bank's Multilateral Investment Guarantee Agency (MIGA) for political risks.

The bond also has the distinction of being Turkey's first-ever "Green and Social Bond" approved by Vigeo EIRIS, a global organization promoting investments in which the environment and social development are as important as profitability.

Speaking at the signing, Merdam COO Gordon Bajnaj expressed solidarity with Turkey in the wake of a number of recent terrorist attacks.

Barnaj said that with five Turkish hospital projects Meridian has taken part in so far, including the Elazığ campus, they have contributed 2 billion euros to the Turkish economy and will generate 42,000 jobs.

For his part, Jean-Patrick Marquet, the ERBD's Turkey director, said that the signing offered good news amid difficult times. Marquet said the EBRD is very happy to support Turkey's hospital program, with Elazığ being the sixth hospital they financed. He added that to date, the bank has invested half a billion in euro bonds for the projects and more is yet to come.

Emphasizing that they believe in Turkey, Marquet said, "Our investment in Turkey is around $2 billion. This is a very important indication of our commitment to Turkey, and it will continue. We will maintain our high level of investments next year. There is a great investment story in Turkey."