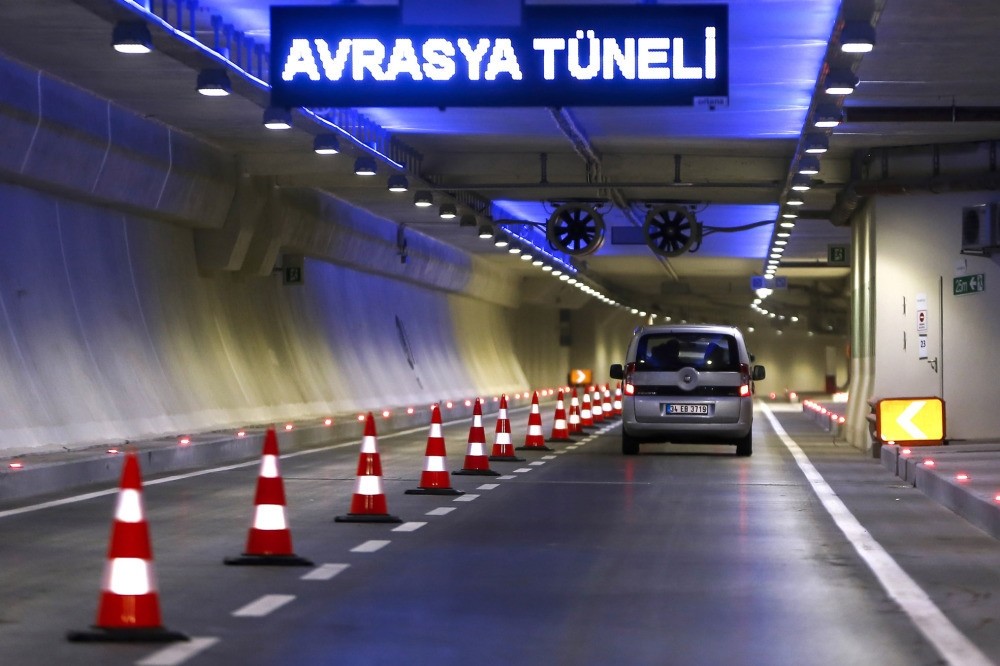 by Daily Sabah Dec 23, 2016 12:00 am
The Eurasia Tunnel has started running its scheduled passenger service Thursday after it was opened with a grand ceremony attended by President Recep Tayyip Erdoğan on Dec. 20.

Two-way transits across Europe and Asia started at 7 a.m. local time yesterday. The tunnel, which was constructed 106 meters below the Marmara Sea, reduces the duration of transit between Kazlıçeşme and Göztepe, which normally takes around 100 minutes, to 15 minutes.

Moreover, the tunnel is expected to significantly ease the traffic congestion on the Fatih Sultan Mehmet and July 15 Martyrs bridges. The tunnel is currently open to transit from 7 a.m. to 9 p.m. As of Jan. 30, 2017 the tunnel will operate on a 24/7 basis. The Eurasia Tunnel, which cost $1.3 billion to construct, will create a business volume of TL 1.5 million ($427,350) for the Turkish economy and save 52 million hours of time in traffic. The time-saving potential is one of the great features provided by the tunnel. Thanks to the extra capacity it will provide for the Bosporus passage, it will shorten travel time and save about 52 million hours per year. The amount of vehicular emissions (carbon monoxide, carbon dioxide, nitrogen oxides, particulate matter, etc.) released will be reduced by approximately 82,000 tons per year thanks to the project.

Instead of the Free Toll Collection System used on the Fatih Sultan Mehmet Bridge, the Eurasia Tunnel, features counters between each lane, similar to that of the July 15 Martyrs Bridge. To avoid traffic jams, tolls will be collected via automatic systems and there will be no options for cash payments. There are no exclusive lanes for Electronic Toll Collection System (OGS) and Fast Toll Collection System users. Furthermore, the charge to pass through the tunnel will be TL 15 until the New Year, with the fees collected to be deposited into an account for the families of martyrs and veterans opened by the Family and Social Policies Ministry. On the first day of the New Year, the fee will be adjusted.
RELATED TOPICS