8 men own half of the world's wealth, Oxfam says 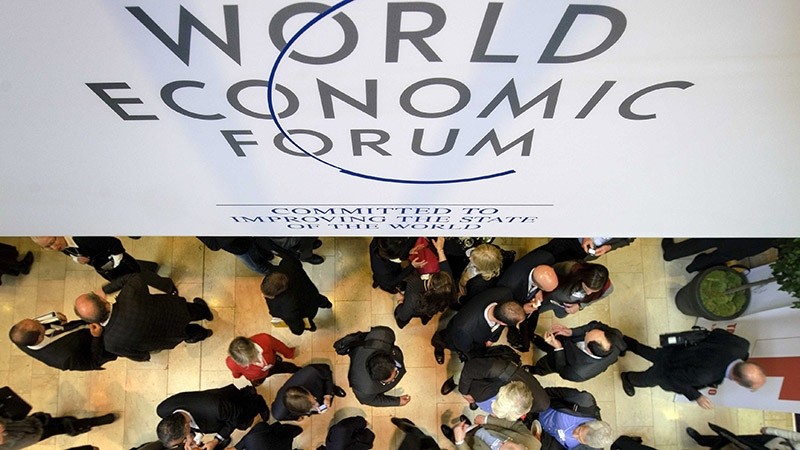 Eight men own the same wealth as half the world's population, a level of inequality which "threatens to pull our societies apart", Oxfam said on Monday ahead of the World Economic Forum opening in Davos.

Presenting its findings on the dawn of the annual gathering of the global political and business elites in the Swiss ski resort of Davos, anti-poverty organization Oxfam says the gap between the very rich and poor is far greater than just a year ago. It's urging leaders to do more than pay lip-service to the problem.

If not, it warns, public anger against this kind of inequality will continue to grow and lead to more seismic political changes akin to last year's election of Donald Trump as U.S. president and Britain's vote to leave the European Union.

"It is obscene for so much wealth to be held in the hands of so few when 1 in 10 people survive on less than $2 a day," said Winnie Byanyima, executive director of Oxfam International, who will be attending the meeting in Davos. "Inequality is trapping hundreds of millions in poverty; it is fracturing our societies and undermining democracy."

The same report a year earlier said that the richest 62 people on the planet owned as much wealth as the bottom half of the population. However, Oxfam has revised that figure down to eight following new information gathered by Swiss bank Credit Suisse.

Oxfam used Forbes' billionaires list that was last published in March 2016 to make its headline claim. According to the Forbes list, Microsoft founder Gates is the richest individual with a net worth of $75 billion. The others, in order of ranking, are Amancio Ortega, the Spanish founder of fashion house Inditex, financier Warren Buffett, Mexican business magnate Carlos Slim Helu, Amazon boss Jeff Bezos, Facebook creator Mark Zuckerberg, Oracle's Larry Ellison and Bloomberg, the former mayor of New York.

Oxfam outlined measures that it hopes will be enacted to help reduce the inequality.

They include higher taxes on wealth and income to ensure a more level playing field and to fund investments in public services and jobs, greater cooperation among governments on ensuring workers are paid decently and the rich don't dodge their taxes. And business leaders should commit to paying their fair share of taxes and a living wage to employees.

Max Lawson, Oxfam's policy adviser, urged billionaires to "do the right thing," and to do "what Bill Gates has called on them to do, which is pay their taxes."

The ability of the rich to avoid paying their fair share of taxes was vividly exposed last year in the so-called "Panama Papers," a leaked trove of data that revealed details on offshore accounts that helped individuals shelter their wealth.

"We have a situation where billionaires are paying less tax often than their cleaner or their secretary," Lawson told The Associated Press. "That's crazy."

It's because of this kind of inequality that trust in institutions has fallen sharply since the global financial crisis of 2008, according to Edelman, one of the world's biggest marketing firms.

In its own pre-Davos survey of more than 33,000 people across 28 markets, Edelman found the largest-ever drop in trust across government, business, media and even non-governmental organizations. CEO credibility is at an all-time low and government leaders are the least trusted group, according to the survey.

The firm's 2017 Trust Barometer found that 53 percent of respondents believe the current system has failed them in that it is unfair and offers few hopes for the future, with only 15 percent believing it is working. That belief was evident for both the general population and those with college education.

"The implications of the global trust crisis are deep and wide-ranging," said Richard Edelman, the firm's president and CEO. "It began with the Great Recession of 2008, but like the second and third waves of a tsunami, globalization and technological change have further weakened people's trust in global institutions. The consequence is virulent populism and nationalism as the mass population has taken control away from the elites."

Edelman highlighted how "the emergence of a media echo chamber" that reinforces personal beliefs while shutting out opposing views has magnified this "cycle of distrust." According to the survey, search engines are trusted more as an information tool than traditional news editors, 59 percent to 41 percent.

"People now view media as part of the elite," said Edelman. "The result is a proclivity for self-referential media and reliance on peers. The lack of trust in media has also given rise to the fake news phenomenon and politicians speaking directly to the masses."

The charity also decried lobbying by corporations and the closeness of business and politics, calling for mandatory public lobby registries and stronger rules on conflicts of interest.

Edelman said business may be best-placed to help improve trust. Companies need to be transparent and honest with their employees about the changes taking place in the work-place, improve skills and pay fairly, he said.