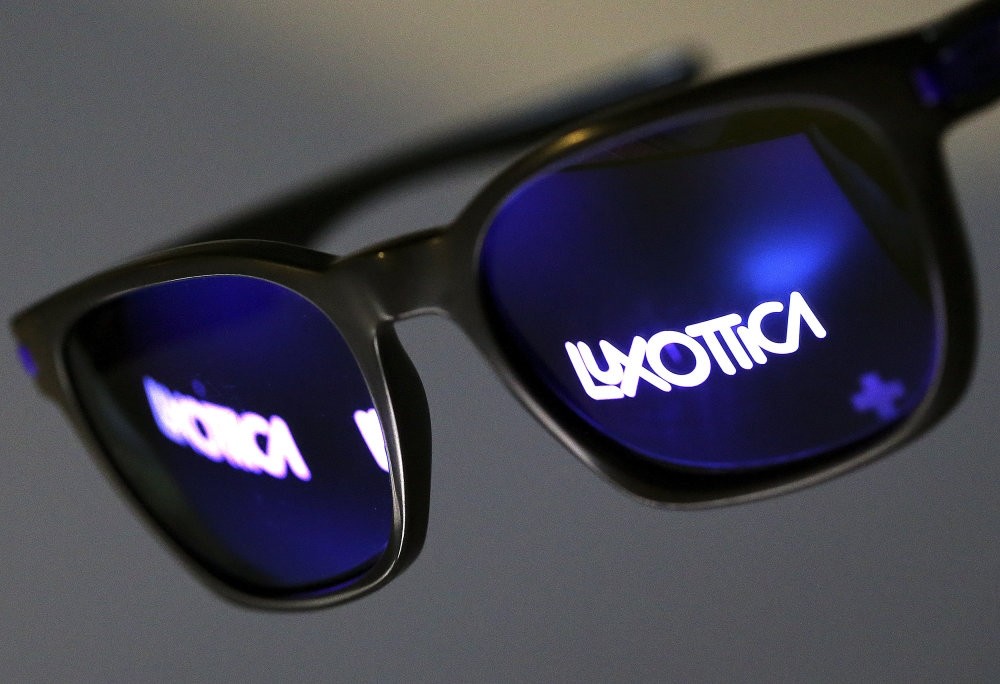 by Jan 17, 2017 12:00 am
French lensmaker Essilor said yesterday it has agreed to buy Italy's Luxottica, maker of Ray-Ban sunglasses, in a bid to create a new global giant in the sector. The combined group will have market capitalisation of around 46.2 billion euros ($49 billion), based on both companies' closing share prices on Friday. Under the terms of the transaction, the family of Leonard Del Vecchio, Luxottica chief executive - who controls a stake of 62 percent via holding company Delfin - will hand over his stake to Essilor, which will then launch a public bid to buy the remaining shares.

The combined group, to be known as EssilorLuxottica, will have annual sales of more than 15 billion euros and employ a workforce of 140,000 worldwide. Luxottica chief Del Vecchio will become chief executive of the new company and Essilor head Hubert Sagnieres his deputy. The boards of directors of both companies have approved the transaction. The deal still needs to receive the necessary regulatory approval, but is expected to be completed in the second half of this year.In addition to Ray-Ban, Luxottica owns the Oakley brand and generates annual sales of around nine billion euros. Essilor booked sales of just over 6.7 billion euros in 2015.

"Finally, two products which are naturally complementary, namely frames and lenses, will be designed, manufactured and distributed under the same roof," said Del Vecchio.

"With this agreement my dream to create a major global player in the eyewear industry, fully integrated and excellent in all its parts, comes finally true."

Essilor's Sagnieres said: "Our project has one simple motivation: to better respond to the needs of an immense global population in vision correction and vision protection."
RELATED TOPICS