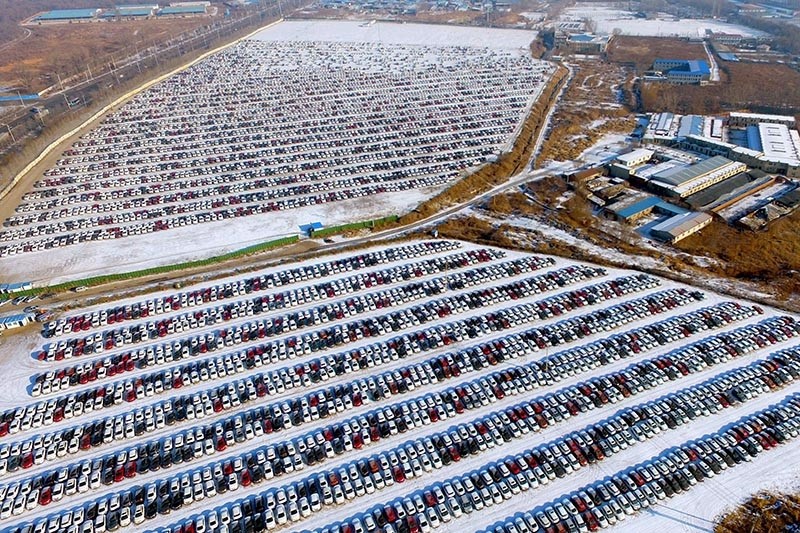 A Chinese official has admitted his province falsified its economic data for years, state media said Wednesday, as the country prepares to release its national growth estimates for 2016.

The announcement by the governor of the northeastern province of Liaoning partially confirms long-held suspicions among overseas investors that the world's second largest economy has been cooking the books.

China's GDP figures are a closely watched measure of economic growth in the country, which affect business and financial decisions around the globe.

Speaking at a legislative meeting Tuesday, Liaoning's governor Chen Qiufa admitted that from 2011 to 2014, economic data from cities and counties under the province's jurisdiction had been plagued with false statistics, the official Xinhua news service said.

In 2014, it said, a central government inspection group warned Liaoning about the "prevalence of economic data fraud".

In one 2013 case, a county reported its government revenues were 127 percent more than the actual figure, Xinhua cited the country's top anti-graft authority and National Audit Office as saying.

In the first quarter of 2016, following the investigations, Liaoning became the first province in years to report negative growth, according to reports at the time.

The province is in China's "rust belt", home to state-owned enterprises in the coal and steel sector, which have long battled against inefficiency and overcapacity, becoming a prime target of Beijing's economic reform plans as the government tries to shore up slowing growth.

Chen's statement comes as China prepares to release Friday its report on economic growth in 2016.

It was a rare admission of a systemic problem that plagues China's economic data reporting.

Officials and analysts in China and abroad have long questioned the accuracy of Chinese economic figures, which many suspect are often manipulated to make the economy look more robust than it really is.

One of the problems has been that local bureaucrats' promotions are tied to economic performance, giving them an incentive to falsify data in hopes of improving their chances of career advancement.

In December, the director of China's National Bureau of Statistics accused local officials of "falsifying" economic statistics and warned that offenders would be severely punished.

Even Premier Li Keqiang has expressed doubts about the accuracy of the country's GDP figures.

Leaked US diplomatic cables show that as the top official in Liaoning province in 2007, he told the then-US ambassador that such data was "man-made" and thus unreliable.

"'GDP inflation' has become like a chronic disease -- it's not unique to Liaoning alone," wrote Xinhua, but the even so the province's sins were "comparatively serious".

The province has been a hotbed of fraud in various fields.

In September, China's National People's Congress voted to unseat 45 deputies from Liaoning for involvement in vote buying and electoral fraud.

An additional 523 deputies from the region's lower provincial congress were found to be involved in election-related fraud as well.