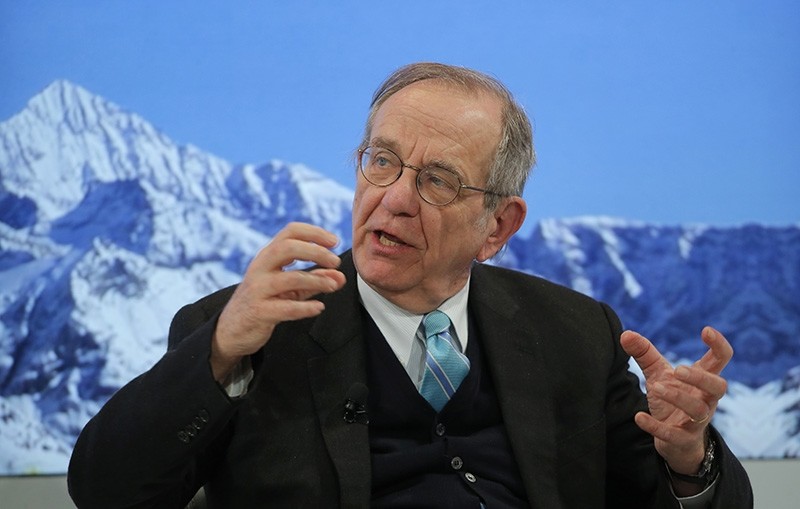 Italy's Finance Minister Pier Carlo Padoan attends a panel on the second day of the annual meeting of the World Economic Forum in Davos (AP Photo)
by Jan 18, 2017 12:00 am

Italian Finance Minister Pier Carlo Padoan on Wednesday took aim at the EU, saying it was creating its own problems because of a lack of vision, and called on policy makers to take populism seriously.

"The problem in Europe is Europe," he told the World Economic Forum (WEF).

"All those who vote for populist ideas are not the bad guys. In most cases they are good guys, they are fellow citizens and they have real concerns about the future of their childen, jobs opportunity, concerns about security," he added.

"In many, if not all the European countries, there is a strong (position) to say that our problems are generated in Brussels or sometimes in Frankfurt, it depends where you live," he said.

Italy, which is one of the EU's founding countries, is in the EU Commission's crosshairs for failing to cut its debt mountain to below 60 percent of its gross domestic product (GDP) as required by eurozone rules.

Rome and Brussels have been discussing ways to avoid punitive measures against Italy.

Rome's 2017 budget calls for a deficit of 2.3 percent of GDP, well above the 1.8 percent demanded by Brussels to make a dent into its debt level which stood at 133 percent of GDP last year -- the second worst of any EU country.

Italy asked for leniency due to exceptional costs linked to earthquakes and extra spending on a massive influx of migrants.

In November, the EU Commission told Italy and seven other countries to improve budgetary discipline or face sanctions.