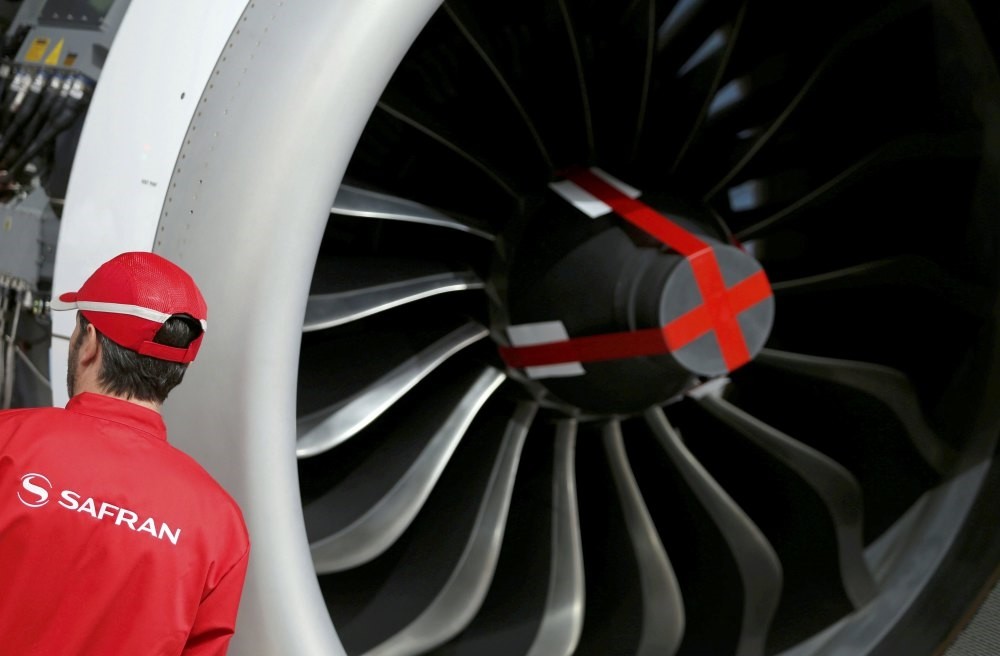 A Safran employee works during the delivery of the first series-production LEAP-1A propulsion systems by Aircelle for the A320neo aircraft Airbus family at the Aircelle plant in Colomiers near Toulouse, Southwestern France.
by Associated Press Jan 21, 2017 12:00 am
Aircraft-engine company Safran has agreed to buy seat and cabin manufacturer Zodiac Aerospace in a deal worth 9.7 billion euros ($10.3 billion), including debt.

The companies, both based in or around Paris, announced Thursday the creation of a "new global leader in aerospace."

Safran will offer 29.47 euros per share, which is 26.4 percent above Zodiac's closing share price Wednesday. If it gets more than 50 percent of the share capital, it will then merge the rest of the shares on the basis of 0.485 Safran shares for one Zodiac share. Safran shareholders will also receive a special dividend of 5.5 euros per share. The deal, supported by the French state, requires shareholders' approval. French President Francois Hollande said in statement that the deal "will strengthen the French aeronautics industry."
RELATED TOPICS