Berlin airport opening delayed until 2018 after its fifth postponement 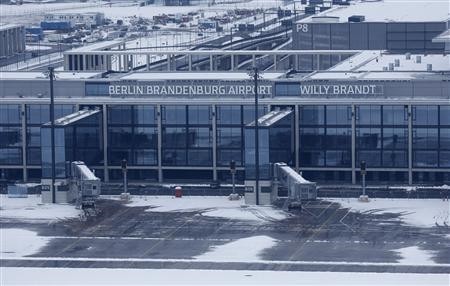 Problems with the functionality of hundreds of doors at the new Berlin Airport will cause further delay to the project, making the already unlikely target of completion by the end of the year impossible, the Chief Executive of the project Karsten Muhlenfeld said.

Muhlenfeld said that the opening of the airport in 2017 would carry high risks as he gave a progress update about the constructions.

Speaking on the sidelines of the German capital's International Green Week, Mayor Michael Mueller said that a committee overseeing the scandal-hit construction project was due to be briefed on the matter.

"We have always said, if something happens now, then it might be 2018," Mueller said.

Repeated delays and planning gaffes have made it a national embarrassment.

The 5.4 billion euro ($6 billion) airport - which should eventually merge with the smaller Schoenefeld airport, while the city's other airport, Tegel, shuts down - has been under construction for a decade and was originally meant to open in 2011.

The opening had been pushed back a fifth time due to problems with electrical systems. The idle time cost of the airport's construction is approximately 17 million euros per month.