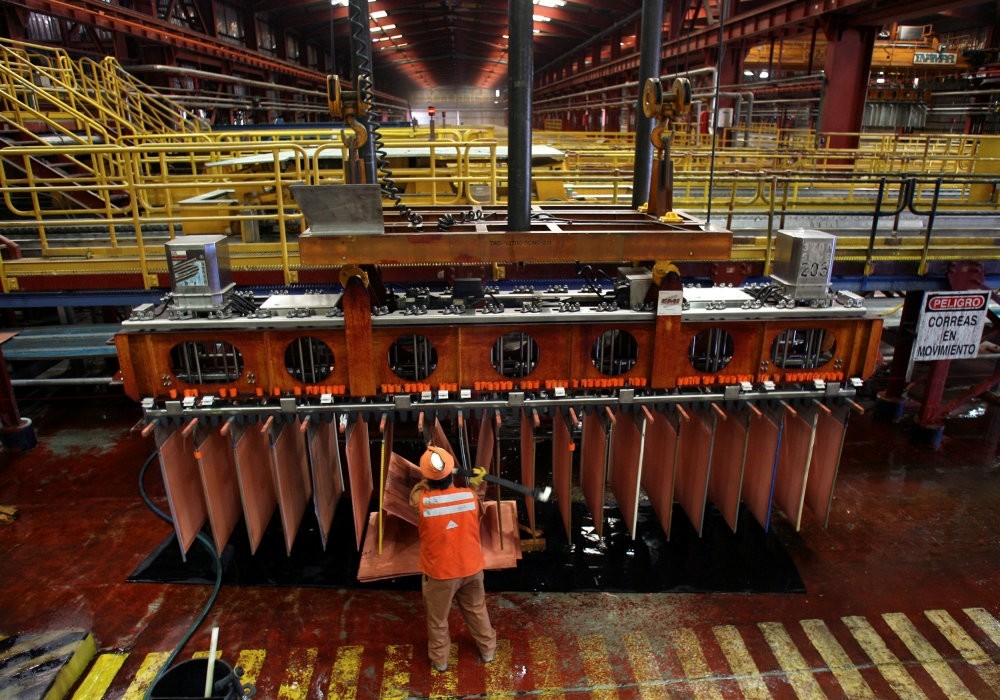 by Feb 10, 2017 12:00 am
Workers at the world's largest copper mine, BHP Billiton's Escondida in Chile, are vowing to launch a "long and hard" strike for pay increases, causing jitters on world markets. Escondida, a giant mine complex in the Atacama Desert in northern Chile, produces about 5 percent of global copper output, some 927,000 metric tons (1 million tons) a year. Its 2,500 workers began shutting down machinery Wednesday in preparation to strike, said Carlos Allendes, spokesman for the Escondida Workers' Union.

"This could go on for a long time. We're prepared to maintain a long and hard strike."

Ninety-nine percent of workers voted Tuesday to strike, after the collapse of negotiations mediated by the country's labor directorate. BHP Billiton, the world's biggest mining company, has rejected workers' demands for a 7 percent raise and bonuses of 25 million pesos (around $39,000). It is offering bonuses of 8 million pesos, with no raise.

Like other miners, the Anglo-Australian company has been forced to cut costs as copper prices have slid in recent years, from a record high of $10,190 per metric ton in February 2011 to $4,318 per ton in January 2016. The company has said it will suspend production for at least the first 15 days of the strike.The workers, who have set up a protest camp outside the mine, say they have a war chest of $390,000 to sustain the strike.The union is vowing the longest strike since 2006, when workers walked out for 25 days.

The strike - and the threat of others at several top mines where contracts expire this year - has sent copper prices higher over fears of a shortage. Chile is the world's largest copper producer, supplying one-third of global output. Copper is used primarily in power generation and for the transmission of electricity.
RELATED TOPICS