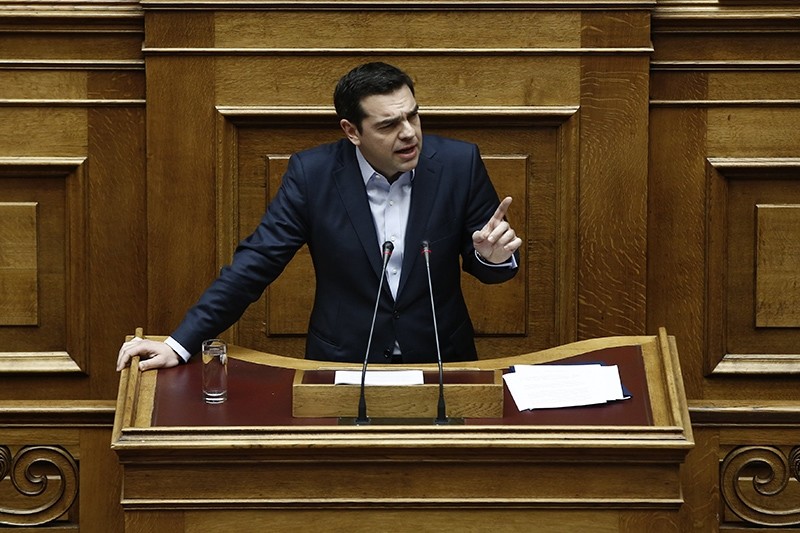 Greek Prime Minister Alexis Tsipras answers a question on corruption, during the Prime Minister's Time at the parliament in Athens, Greece, 10 February 2017 (EPA Photo)
by Compiled from Wire Services Feb 11, 2017 12:00 am

Opening a meeting of his Syriza party, Tsipras said he was confident that a solution would be found, a day after talks between Greece and its creditors ended in Brussels with no breakthrough.

Greece and its international lenders made clear progress on Friday towards bridging differences over its fiscal path in coming years, moving closer to a deal that would secure new loan disbursements and save the country from default.

Representatives of its lenders are expected to return to Athens this week to report on whether Greece has complied with a second batch of reforms agreed under the current bailout, its third.
Last Update: Feb 11, 2017 2:41 pm
RELATED TOPICS