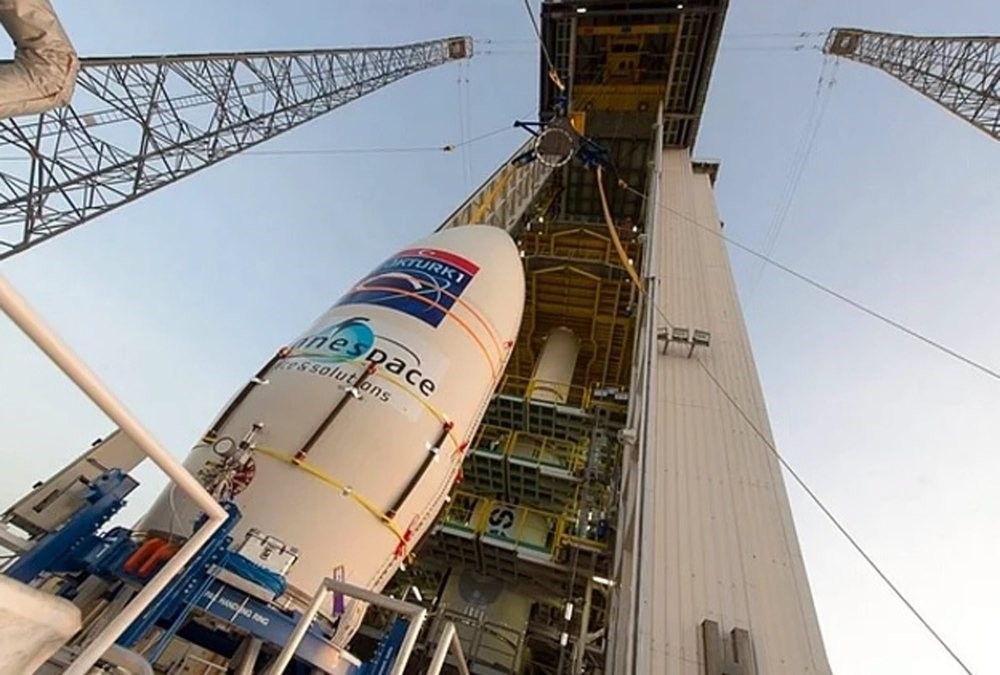 Turkey is preparing to make its mark on space with the aid of Japan, as Turkish satellite components will arrive at the International Space Station for testing next month, the first step toward a future Turkish space program

Expanding its role in international affairs, Turkey has set its sights on outer space. The first step of its ambitious space program will start with the testing of satellite components at the International Space Station (ISS) in March. After its launch into space last December, the satellite material is expected to reach the ISS by late March or early April and will be tested at Kibo, Japan's space module at the station. The components will be sent back to Earth approximately one year later for examination regarding the impact outer space exposure. Turkey also plans to launch the experimental cube satellite UBAKSAT, designed for communication and tests, later this year. Responsible for managing Turkey's space ventures, Minister of Telecommunications Ahmet Arslan said satellite component testing is "a landmark move" for Turkey, and that they plan to send more components in the coming years.

Although it will be Turkey's first experiment with space ventures other than launching communication satellites into orbit, the testing of components has another purpose: Developing technology. Long dependent on other countries for the transfer of technological know-how, Turkey seeks to develop what President Recep Tayyip Erdoğan calls a "national and domestic" ideal in every manufacturing sector from weapons to airplanes.

ASELSAN, the state-linked defense contractor, develops components that will be tested in extraterrestrial environments.

"This is the first step in our outer space operations. The components that will be tested at [ISS] will be used in developing our own satellite technology," Minister Ahmet Arslan said. He added that they would send more components in the coming years, and that cooperation with Japan and the improvement of Turkish scientists' skills were important steps in the development of Turkey's space industry. He added that the launch also paved the way for Turkish scientists to conduct biological experiments in space.

Last year, Turkey started working on a legal framework for the founding of the Turkish Space Agency. The main objective of the agency will be to protect the rights and interests of Turkey regarding space and orbits, with the agency being in direct contact with various other international space and satellite organizations. In other words, the agency will become Turkey's version of NASA. The agency will focus on in-depth space research, exploration research, the development of satellite technologies and launching platforms, providing advanced services in agriculture, mining, smart transportation and disaster management all of which will reap the benefits of space technology.

In December, Turkey launched Göktürk-1, its sixth satellite, as part of the country's efforts to boost its presence in space.

Despite the precarious nature of space projects, Turkey started its journey in 1994 with its first satellite, Türksat 1A, constructed by the French firm, Aerospatiale and opened its first satellite assembly and test center in 2015.
RELATED TOPICS