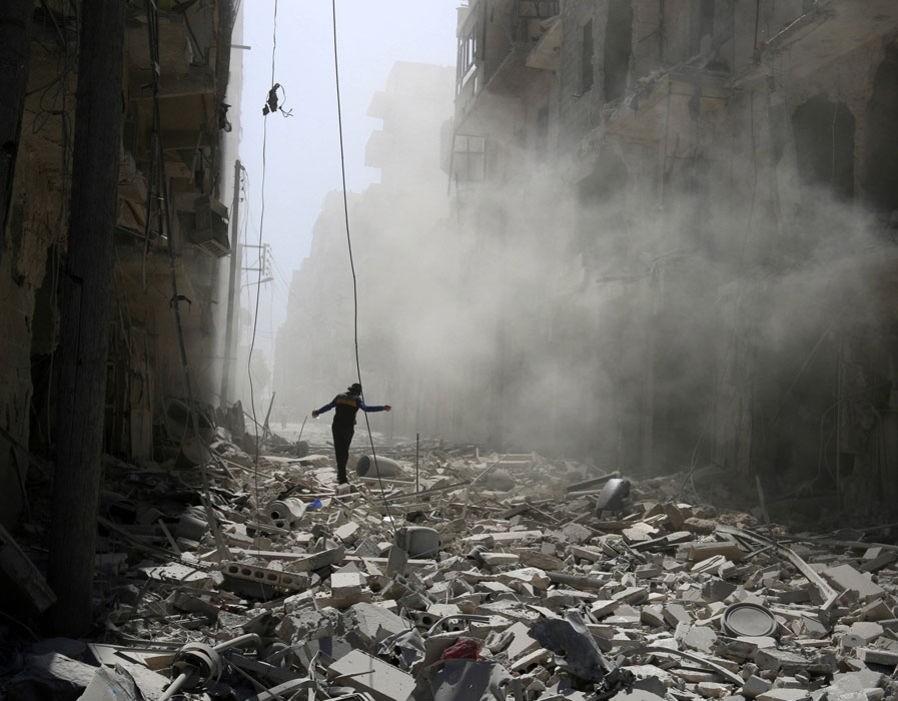 As Turkish and Saudi leaders are set to meet today in Riyadh, regional issues, particularly Syria, and economic ties are expected be on the agenda. The leader of the Saudi business community suggests that the Syrian war will not last more than a year and the two countries will reconstruct Syria

President Recep Tayyip Erdoğan will be holding official meetings today in Saudi Arabia on his second stop of a four-day visit to the Gulf States. The agenda of the president will involve both political and economic issues, as the two strong countries of the region seek ways to collaborate more. Syria will be a focus point for the president during his meetings with King Salman bin Abdulaziz Al Saud, Crown Prince Mohammed bin Naif bin Abdulaziz and Minister of Defense Prince Mohammad bin Salman Al Saud.

In a special interview with Daily Sabah, Abdulrahman Abdullah Al Zamil, chairman of the Council of Saudi Chambers and Head of Zamil Group, explained his expectations of the visit with Erdoğan. The leader of the Saudi business community, who is also expected to attend the said meetings, believes that the war in Syria will not last more than a year, and Turkey and Saudi Arabia will be the re-constructors of Syria.

"I am optimistic about the future," Zamil said. The role of Turkey on the Syrian issue has been constructive according to Zamil, and the role of Saudi Arabia will continue to be constructive. "We are both considering the interests of the people. Everybody is tired of it. Humans are being killed. So, the world now realizes because of this that terrorism has become distressing. So, it is in the interest of all of us to bring it to an end," he said. "The reason I am optimistic is this: Throughout the last 30 years we have gone through the same problems every 10 years, and every time we grow more," Zamil explained. 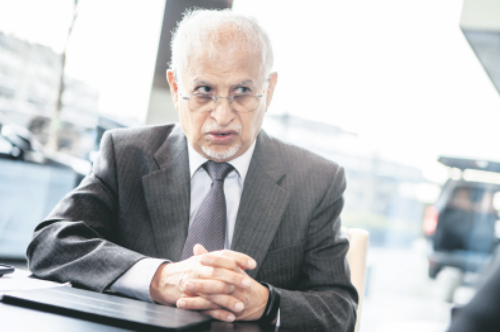 "With Syria and Iraq, their problems and revolutions affected Turkey more than anyone else," Zamil added.

Zamil emphasized that the visit of President Erdoğan came at a very critical period. "This is a very important period for both countries, for the region and for the entire Islamic world," he said. Turkey and Saudi Arabia are the pillars of the region and must act together, according to Zamil. "We miss him [Erdoğan]. He should come to Saudi Arabia every three months," Zamil further added.

To explain the importance of the visit, Zamil emphasized a quote of a specialist on Turkish affairs, from the Washington studies for the Near East, who told the Times of London: "The recent close relations of Turkey and Saudi Arabia in terms of interests and policies cannot be compared to any other close Turkish relationship with any of its other allies, regionally or internationally. It is the most important relationship that has ever been built with Turkey, and its impact will be felt soon in their economic and strategic relationship."

The trade roads, which cannot be used due to the war, will be opened in a year according to Zamil, which will help to double trade. "If peace comes to that region, trade will increase. Do not forget that a lot of construction will take place," he said. "The only helpers for Syria will be Saudi Arabia and Turkey. Believe me, it is not for business reasons, but for humanitarian reasons," Zamil added. The construction work mentioned by Zamil is about building a country again, meaning billions of dollars to be spent, and a lot of hard work. Many contractors will work and a lot of materials will be used.

"All of us must compromise to try and help brothers to help themselves. The future will be bright. Turkey and Saudi Arabia must act together to help, as well as for the reconstruction," Zamil noted. Zamil also explained the reconstruction process. "This time, the construction will not be given to the governments. That is what I think. It will be directed to specific projects financed by Saudi Arabia or Turkey."

Moreover, Zamil warned about financing. "Saudi Arabia has spent hundreds of billions to help Syria, Iraq and Yemen. Look what happened. It has all gone to corruption or violence. So, this time my advice to my government is that nothing should be paid in cash," he said, adding that Saudi and Turkish companies should only work with partners they trust. Joint ventures can work for the construction part, according to Zamil, and Saudi finance can be used.

In an old speech, the head of Saudi chambers explained three schools of thought emerged as oil prices decrease. "Third, there are the optimists, who include many other business groups. I happen to be in this camp. The optimists are convinced that low oil prices are opening opportunities for all of us, and that they will push the government to take a closer look at its spending habits and concentrate on priorities. The optimists then believe the sharp fall in oil revenues are paving the way for sweeping government reforms. The private sector has been calling for these reforms for years. Yet, nobody was listening because the money from oil was abundant," Zamil said - and he was right. The downward trend of oil prices has pushed the government to adopt new reforms and establish the Saudi 2030 vision, which is about diversifying the country's economy to escape from oil dependence. Let's hope that he will be right this time about the Syrian war ending in a year.
Last Update: Feb 14, 2017 12:03 pm
RELATED TOPICS