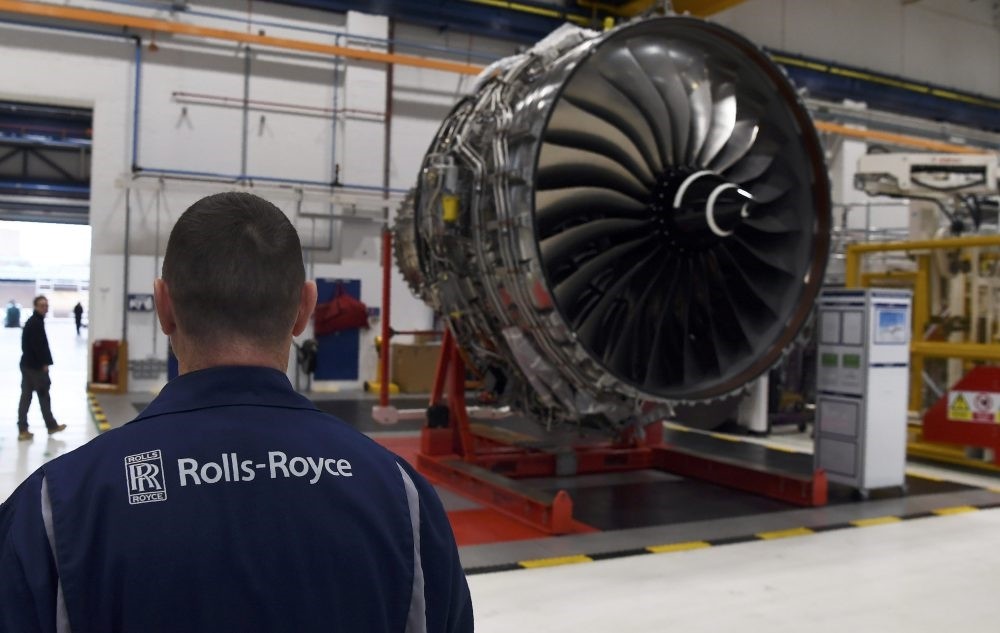 by Feb 15, 2017 12:00 am
British engine maker Rolls-Royce slumped into a record 4 billion pound annual net loss in 2016, ravaged by a Brexit-fueled collapse in the pound and a corruption fine. The loss after tax, equivalent to $5.0 billion, contrasted with a slender profit of 84 million pounds in 2015, the company said in a results statement.

Rolls took a vast 4.4 billion pound hit from the drop in the value of the pound in the wake of Britain's shock EU exit referendum, alongside a 671 million pound penalty to settle bribery allegations.

The London-listed company, whose engines are used in Airbus and Boeing aircraft, added that underlying pre-tax profits almost halved to 813 million pounds. Rolls-Royce, which also makes power systems for use on land and at sea, stated it was on track with efforts to slash costs and expected a "modest" performance improvement in 2017. "2016 has been an important year as we accelerated the transformation of Rolls-Royce," said chief executive Warren East, who has overseen a radical restructuring. "We have made operational progress and performed ahead of our expectations for the year as a whole."

The huge annual loss also follows a tough past few years for Rolls, which faced a string of profit warnings on the back of weak demand in its aerospace and marine markets.

The company was fined 671 million pounds in January to settle bribery and corruption claims probed by Britain's Serious Fraud Office and authorities in Brazil and the United States.

Rolls will pay the penalty over five years but has taken the full cost as an impairment charge against its 2016 profits. "The company chalked up one of the biggest losses in corporate history, but it's not as bad as it looks and that is perhaps why we're seeing the stock coming back a tad after the initial kneejerk," said Neil Wilson at trading firm ETX Capital.

"Rolls took a 4.4 billion pound hit from the weak pound following the EU referendum last June and it was fined 671 million pounds to settle bribery charges. Strip those out and the results do not look half as bad," Wilson said.
RELATED TOPICS