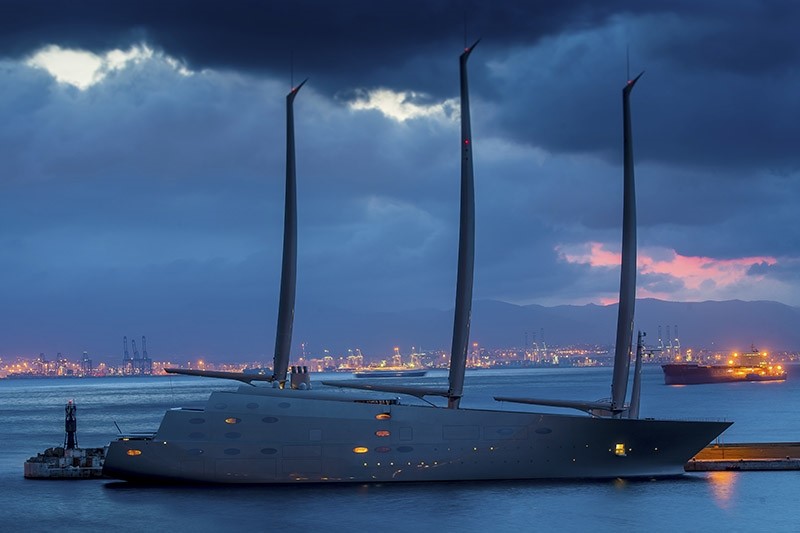 Authorities in Gibraltar say they have seized one of the largest and most advanced superyachts in the world over an unsettled bill dispute between its owner and its German builder.

In an email, Nobiskrug declined to comment "due to ongoing legal proceedings and confidentiality."

The company's website says the ship designed by French interior designer Philippe Starck was delivered earlier this month to its client, who has not been named.

Gibraltar's Admiralty Marshal Liam Yeats said Monday the vessel was under arrest and is currently at anchor in the British enclave's territorial waters.

The yacht's sails measure more than 3,700 square meters, or around half the size of a football pitch. The futuristic-looking vessel is expected to have cost around 400 million euros (424.7 million dollars).